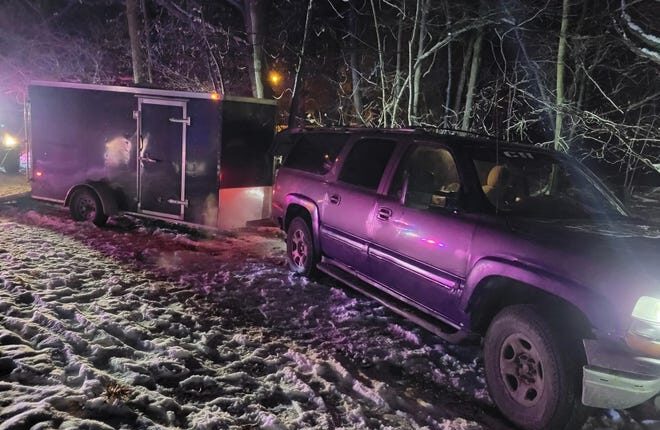 Chase through 3 counties leads to arrest of Lansing man

PORTLAND − A Lansing man was expected to face charges in connection with a police chase that began in Lansing and ended in Ionia County.

The suspect, 38, was driving a Chevrolet Suburban and towing a utility trailer when Lansing police began pursuing him on Monday, the Clinton County Sheriff’s Office said Wednesday in a news release.

Police were told that a person had been kidnapped and was riding in the vehicle, but those reports turned out to be false, officials said.

Clinton County deputies pursued the driver westbound on Grand River Avenue in Watertown Township, with the chase ending in Portland, where the driver was arrested after leaving the Suburban.

The man was taken to the Clinton County Jail on open warrants and suspicion of fleeing and eluding and methamphetamine possession, sheriff’s officials said.

Police said they were trying to determine whether the Nighthawk single-axle trailer was stolen. The identification number on the trailer had been removed, they said.

Anyone with information about the trailer is asked to call the sheriff’s department at (989) 224-5200.