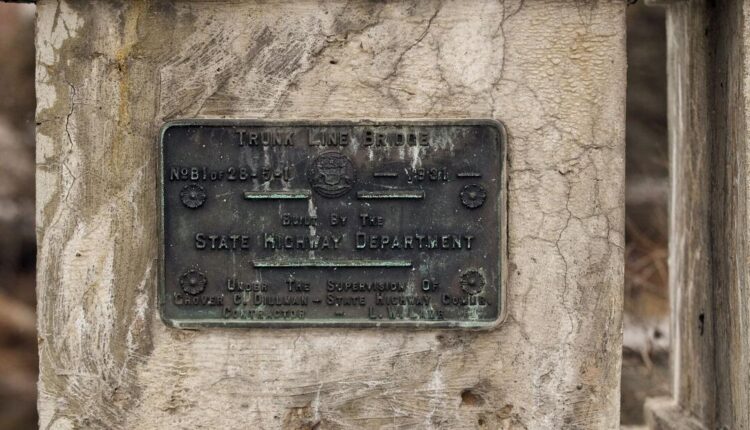 TRAVERSE CITY — Designs for two bridges in downtown Traverse City set to get new decks got the nod from city planners.

Commissioners at a recent meeting voted 8-0, with Anna Dituri absent, in finding plans for the South Union and North Cass Street bridges to fit with the city’s master plan. City Engineer Tim Werner said both are up for new decks, plus some pedestrian-friendly and eye-pleasing treatments.

The North Cass Street bridge will get a new deck and the concrete beams will be replaced with steel ones, Lodge said. Those beams will go on the existing foundation. Five-foot sidewalks on either side will be widened to 8 feet, 7.5 inches.

Railings along the side have to meet state Department of Transportation crashworthiness standards, so Lodge said the city is proposing using four-tube steel railings as seen on the Park Street and Eighth Street bridges. Walls at the end of the railings would have mock-stone treatments, and the bridge would have decorative, pedestrian-scale lighting.

The clearance below the bridge will be increased, although constraints on having to match the grade of the nearby alley limited this, Lodge said.

“As you know, if you’re using the river, this is one of those points that are more difficult to navigate under, so we’ll increase it as much as we can,” he said.

South Union Street bridge also will get pedestrian-scale lighting, along with a new concrete deck and replacement steel beams, also on existing foundations, Lodge said. An MDOT-approved crash railing will stand at each shoulder, and replicas of the historic baluster railing will be installed on the outer edge.

That’s similar to what the city installed on the historic South Cass Street bridge, also known as the American Legion Memorial Bridge, Lodge said. He added he’s interested to know how the public reacts to these, as they look good but don’t have the same feel as the concrete they’re replacing.

On-street parking currently on the South Union Street bridge will be eliminated, Lodge said. Instead, there will be wider sidewalks — up to 9 feet, 10 inches from their current 8 feet, 1 inch — and some type of nonmotorized traffic accommodations.

A few commissioners noted the projects should include crosswalks if possible, as both have plenty of people walking across — Commissioner Heather Shaw noted the North Cass Street bridge area can be “super messy” as people wander across to get to the Sara Hardy Farmer’s Market.

Cost estimates put the South Union Street bridge at $1.7 million, and the North Cass Street bridge at $800,000, Lodge said. The state’s Bridge Program will pick up most of the tab for both, as previously reported.

Work on both, which are being bundled as one project, should start after July and wrap in 2023, Lodge said.

No, Winter’s next presentation on Madison and Jefferson wasn’t an early Presidents Day-themed talk.

They’re the two streets where the city is planning some roadwork and new sidewalks along a short stretch of Jefferson Avenue and longer length of Madison Street. Commissioners gave the nod, provided parking be moved to the east side of Madison Street.

That street is set for work from Front to Wayne Streets, and on Jefferson, from Elmwood to the city’s western limit at Fulton Street, Winter said. Both projects involve narrowing traffic lanes and adding flare-outs at each crossing.

Madison Street will also get some mid-block raised tabletops built into the pavement to discourage speeders, Winter said.

The street will get wider sidewalks on both sides from West Front Street north to Randolph Street, where sidewalk on the east side will be widened but the west side left alone. That’s because of a creek and numerous mature trees — sidewalks added or widened in other stretches will have several notches and a few swoops to avoid mature trees, Winter said.

Jefferson Avenue already has sidewalks on one side between Madison and Monroe streets, and plans are to add a sidewalk to the other side, Winter said. There are no plans to build them between Madison and Fulton streets because Jefferson is a “matte street” there — there’s no curb and gutter, and sidewalks along such streets tend to have drainage issues.

Commissioners had largely positive comments on the designs, although they asked about how the stormwater systems along the streets could be as eco-friendly as possible.

Neighborhood resident Nick Piedmont told planners he liked what he saw. His neighbors will get a chance to weigh in when the designs are up at a Slabtown Neighborhood Association meeting, Winter said.