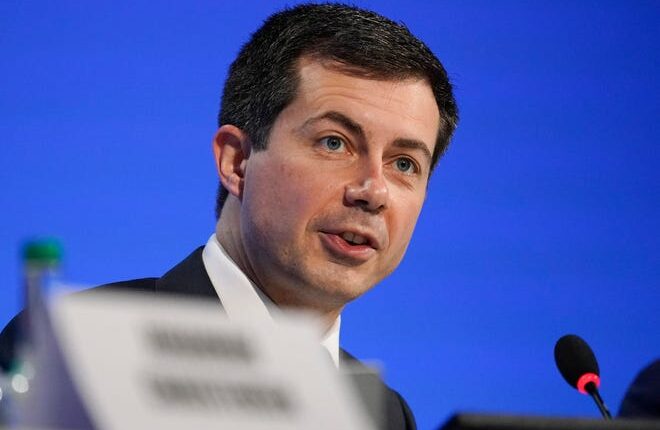 Buttigieg will give a keynote address June 1 at the annual political confab and hold a press conference with Whitmer later that day.

“Michigan is a great place to talk transportation — it’s home to many of the world’s great car manufacturers and a governor who has been a nation-leader on ‘fixing the damn roads,'” Buttigieg said in a statement, referencing one of Whitmer’s 2018 campaign refrains.

“As we use President Biden’s Bipartisan Infrastructure Law to modernize America’s roads, bridges, rail, ports and more, we will do so in partnership with leaders in Michigan like those I’m meeting at this conference.”

The visit comes as the Department of Transportation ramps up implementation of the $1 trillion federal infrastructure law enacted last year.

Over the next five years, Michigan is expected to receive $7.8 billion for highways and bridges, $54 million for road safety, $110 million for electric vehicle chargers and $1 billion for public transportation, according to the agency. The law also gives Buttigieg significant power over some $126 billion in non-formula funding.

Whitmer said in a statement that she is “thrilled” Buttigieg will be attending the conference.

“This is an incredible opportunity to highlight our effective collaboration with the US Department of Transportation, share best practices, and showcase the historic infrastructure investments we’re making in Michigan to fix the damn roads and bridges,” she said.

Buttigieg and husband Chasten own a home on Lake Michigan in Traverse City. Traverse City is where Chasten grew up.