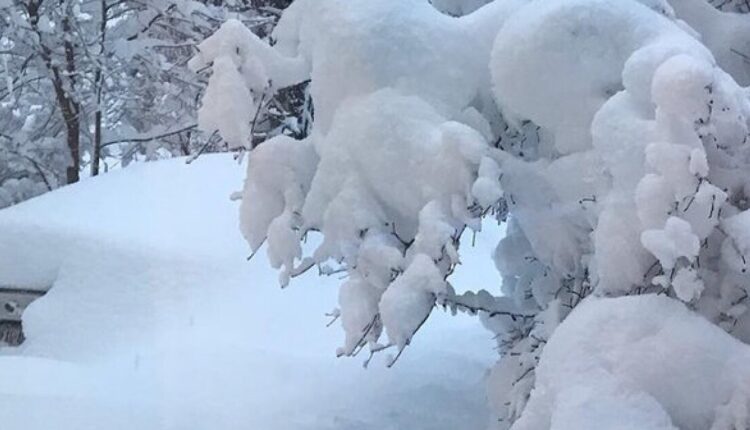 Over 30″ Reported in East Grand Rapids

In addition, the warmer water temperatures also lead to ample moisture! With the moisture and unwavering cold air in place, the last piece to lake effect is the wind! Winds during this event were primarily from the west and northwest, which often generates the most lake effect snow for West Michigan. Ultimately, these persistent and heavy bands of lake effect lead to snow totals over 2 feet in many spots!

The largest snow report during the lake effect event was in East Grand Rapids, totaling in at 30.8 inches! Below are various total snow reports across West Michigan between November 16th and November 20th. 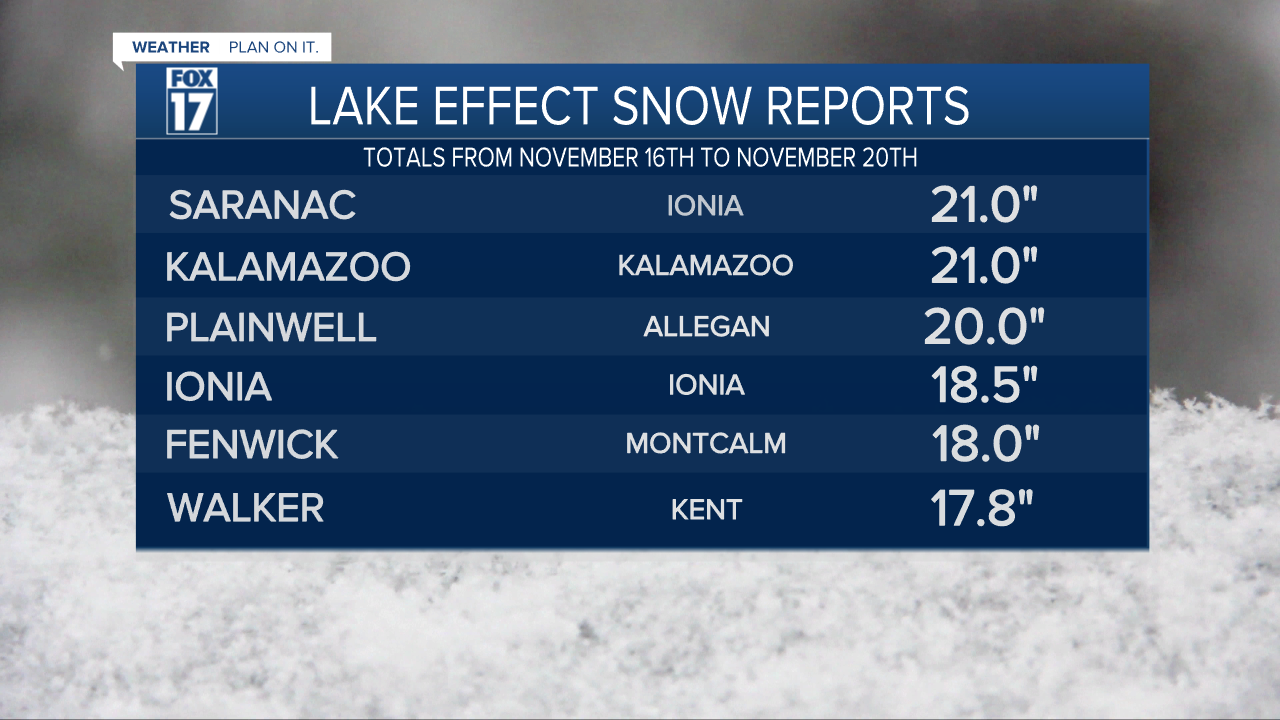 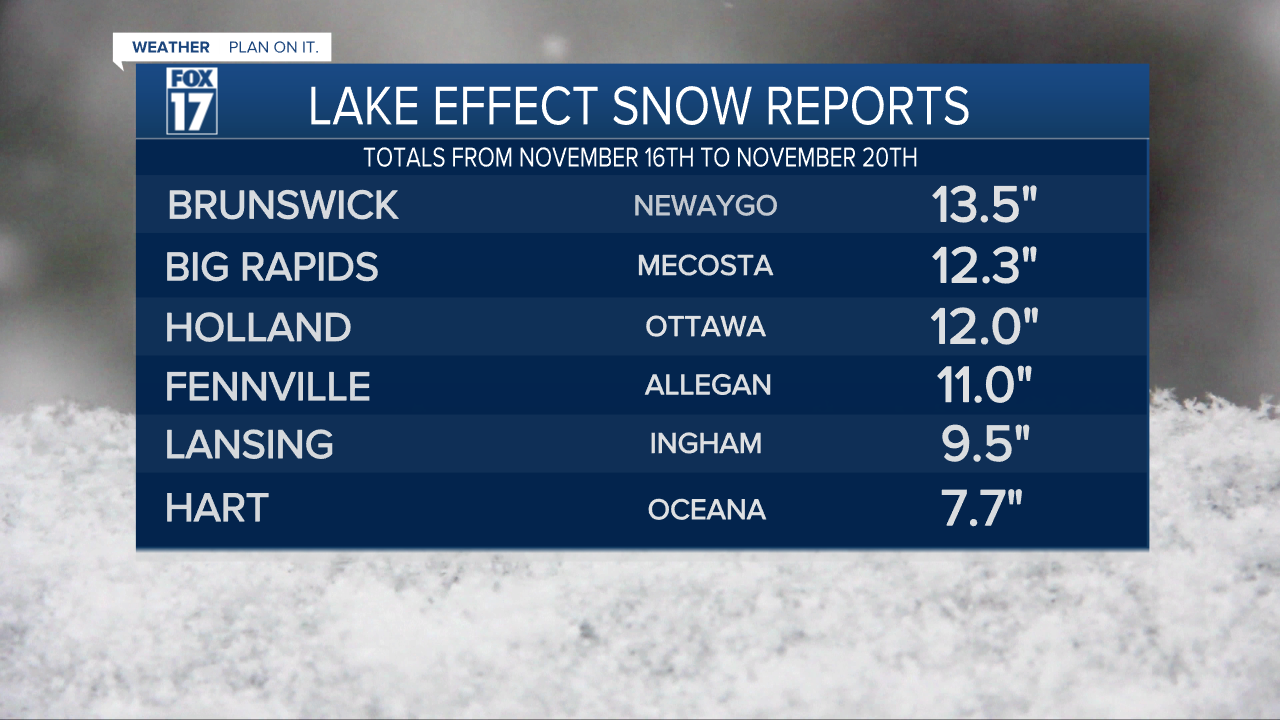 Stay tuned with FOX 17 to find out when more snow could be back in the forecast! You can always download the FREE FOX 17 Weather App for your latest forecast video, or visit www.FOX17Online.com/Weather/.

Citizen complaint backlog against Detroit police could drag into 2023