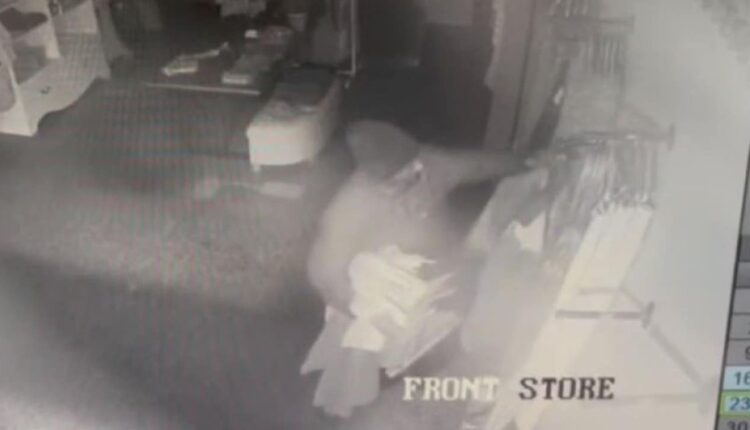 Many of the businesses in Detroit’s New Center are still recovering from the pandemic, but now are dealing with break-ins and smash-and-grabs.

DETROIT (FOX 2) – Many of the businesses in Detroit’s New Center are still recovering from the pandemic, but now are dealing with break-ins and smash-and-grabs.

Miranda Matuszak at Ferne Detroit wasn’t offering 10-finger discounts, but it didn’t stop one thief from stealing clothes from her store. It is just one of many small business break-ins that the Detroit police is investigating across the city.

A surveillance camera at Matuszak’s Woodward store was rolling as a burglar jimmied open the front door Sunday running inside and making off with thousands of dollars in women’s clothes.

“It kind of seems like they knew what they were looking for,” she said. “They definitely picked some nicer items.”

The exact same thing happened at Bird Bee in downtown last week. Not once, but twice.

Bolleber is the owner and says the back-to-back break-ins are breaking her heart.

“Just to look at the camera and see someone walking into my space, it’s basically like breaking into my house,” she said.

DPD is also investigating a pair of smash-and-grabs overnight on the east side – a clothing store on Morang and Beaconsfield and the DTLR on Jefferson.

Someone drove a car right through both front doors.

The Shoe Doctor on Livernois near Seven Mile is still on the mend after burglars did a number on the place-breaking in twice and hauling off tens of thousands of dollars worth of shoes.

The brazen burglaries and thefts have gotten DPD’s attention

“We are actively increasing patrols in the area,” said Sgt. Jordan Hall. “And setting up special surveillance areas as well.”

“It’s something we want our fellow small business owners to be aware of,” said Matuszak. “And (for) the community to just have its eyes open and be diligent in their camera security systems work, and on the lookout for any suspicious activity.”