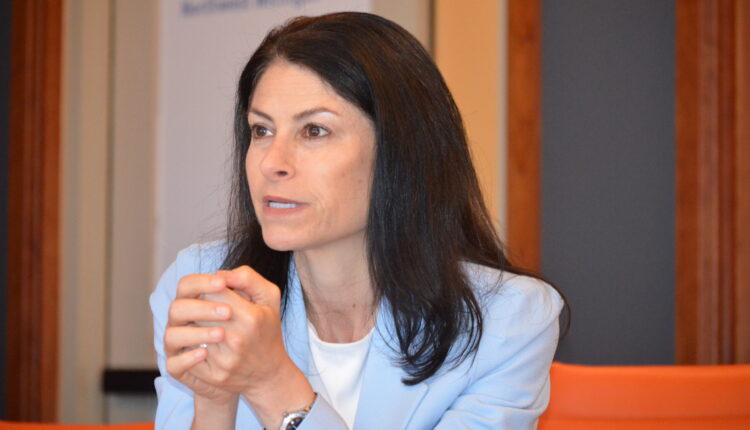 During a one-hour listening session in Traverse City, Attorney General Dana Nessel heard about a variety of issues and concerns from the United Way of Northwest Michigan (UWNM).

“We were really excited to chat with the AG about how things are going in northern Michigan and what opportunities there are to start addressing these critical issues,” said Johnson.

A 2016 Michigan League for Public Policy study, “Right Start 2016: Annual Report on Maternal and Child Health,” found the rate of expectant mothers in Michigan who reported smoking while pregnant increased by 18% between 2008 and 2014. The rate of births to Latina mothers smoking while pregnant increased the most — rising by over 46%. The rate increased by 16% for Black mothers, and 17.5% for white mothers. Preterm births statewide also increased by 20% over the same period.

Moreover, Charlevoix County had a 30% maternal smoking rate. Emmet County’s rate was 26%. Conversely, in the southern part of the state, Kent County had the lowest in Michigan at roughly 12%. UWNM officials said on Wednesday that the concern about the issue remains.

“One of the things that I look to do when I’m here is look for the special challenges that our folks in the northern counties face, our less populous counties and more rural areas of the state that I don’t always get to see, being a down-stater,” said Nessel, who hails from Southeast Michigan.

After the meeting, Nessel told reporters that she is proud of her record in the area of consumer protection and that hearing from nonprofits like UWNM is important. Wednesday was national Nonprofit Day.

“Today is the day that we celebrate the great work that nonprofits do and the United Way has a great presence all over Michigan. One of the things that I look to do when I’m up North is to find out if there are special challenges and issues that folks have in our northern counties and our less populous counties,” said Nessel. Meanwhile, DePerno said that Nessel “should be impeached” for the investigation.

Nessel is scheduled to attend the Upper Peninsula State Fair in Escanaba on Thursday.