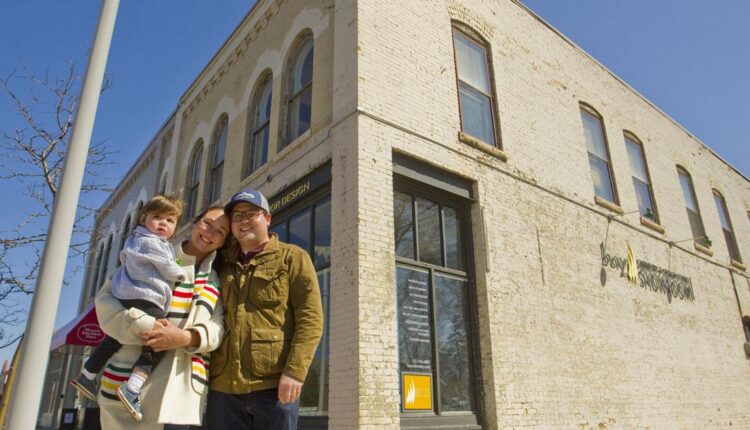 TRAVERSE CITY — Since moving to northern Michigan permanently in May 2018, Andy Elliott and Emily Stewart have eased their way into the food scene.

They’ve sold baked goods at the Sara Hardy Farmers Market in 2019 and 2021 and when it went online in 2020. The couple expanded their commercial license and offered a pair of pop-up brunches at Little Fleet before the pandemic and another in December.

There was a one-night take-over of Blu at Glen Arbor in January, where Elliott worked from May 2018 until February 2020.

Now it’s time for the duo to fly solo.

An April opening is planned for Modern Bird restaurant at 541 W. Front St., adjacent to Mary’s Kitchen Port. General contractor CSM Group of Kalamazoo, which recently remodeled the Greenleaf Trust building in the Old City Hall on State Street, is the general contractor.

“It was really important for us because of the building we found to maintain it so it can be enjoyed for the next 100 years, but to also respect what’s been going on in that space,” Stewart said.

“We’re hoping to be open by April,” Elliott said. “It’s contingent on work in the space being completed.”

What patrons will find when the restaurant opens is a mix of Elliott’s cooking with Stewart’s pastry and baked goods, even though both are versatile enough to dig into either.

“It’ll be fine casual, contemporary American food,” Elliott said. “Emily and I both come from a fine-dining background. We each worked 10-plus years in the Chicago area at different restaurants.”

Even though Emily’s parents have had a home in Glen Arbor since the mid-1990s and the couple have lived here permanently for several years, easing into opening a restaurant was by design.

“We didn’t want to jump right into it quickly,” Elliott said. “We were super-familiar with the area, but it’s a different thing to live in a market year-round and kind of be a part of it.

“We didn’t want to come up and open something right away without learning what Traverse City wanted and what we wanted to do.”

“We really wanted to settle in and get to know the scene, see what worked and what did not,” said Stewart, who also gave birth to the couple’s son, Daniel, in May 2019.

One thing Stewart and Elliott plan to serve up at Modern Bird is a heaping amount of local ingredients.

“We’re not going to have ‘everything must be local,'” Elliott said. “One of the reasons we wanted to come up here is because of the food up here. The raw product is insane. It’s really, really good.”

Randy Chamberlain, entering his 14th season running Blu with his wife, Mari, said he was sad to lose Elliott in the kitchen, but was not surprised to see the “super-talented, passionate people” venture out on their own. Chamberlain said the combination of Stewart, Elliott and the West Front Street location are a great mix.

“I have no doubt that they are going to be recognized for their talents,” Chamberlain said. “With the location and what’s been happening on the whole west side the last many years, along with the revitalization of Little Bo’s, I think they’re headed for a good run of success.”