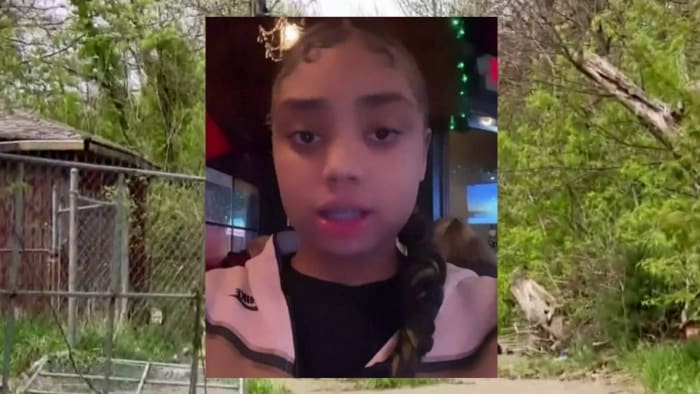 DETROIT – 15-year-old Janiya Brown had been missing from Berkley for two-and-a-half weeks.

On Wednesday (May 11), Local 4 News talked about how this poor girl’s family must feel. Now we know exactly how they feel after the murder that has taken place.

The incident was an unthinkable tragedy that turned into reality for Jason Brown and other members of the Brown family.

“They took her life right here, and she was only 15,” Jason Brown said.

Loved ones had finally found the missing teen, but not how they hoped. Jason Brown is just trying to remember the good times.

On April 24, the Berkley Police Department released a picture of Janiya Brown, indicating that she was a missing runaway. Just a little over two weeks later, the 15-year-old’s body was found in a stolen car linked to a carjacking.

Police say Janiya Brown was a person of interest in the case of luring a 20-year-old she just met online to a home on Clarita Avenue, where he was robbed and carjacked at gunpoint. Family members, however, are saying that she was forced to prey on unsuspecting victims.

“I know she couldn’t get away from them,” Jason Brown said. “She didn’t do this on her own. She was forced to. She’s a kid. She’s a child.”

Whether or not the accusations are true, Detroit police are working extremely hard to find the two men she was last seen with.

Jason Brown now has a message for runaways who are leaving their homes and meeting others online.

“You don’t know who you are meeting on Instagram,” Jason Brown said. “Just don’t do it. Just come home because it ain’t safe out here.”

To make matters worse, Janiya Brown lost her mother about a year or two ago, so this is another devastating blow for the entire family.