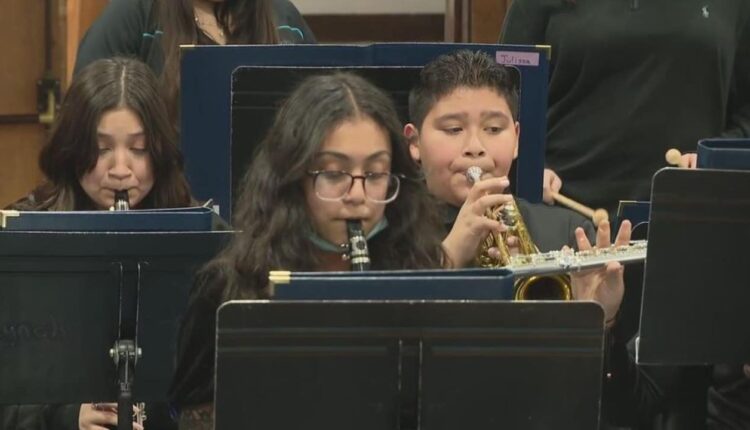 Detroit school gets $20,000 of new instruments

It was an announcement that music to the ears of students and staff at the Academy of the Americas in Detroit.

DETROIT (FOX 2) – It’s an announcement that music to the ears of students and staff at the Academy of the Americas in Detroit.

“We’ve already spent the $20,000 on the instruments that you see behind me, and we’re going to get these instruments in students’ hands so that they can get playing and practicing and learning them right away,” said Nicholas Brown, principal , Academy of the Americas.

Those who help make the funding possible say it’s the right thing to do.

“We want to make sure that we bring programming to support them,” said Mary Culler, president of the Ford Motor Company Fund. “So by donating instruments, they can absolutely keep their programs strong and really be able to expand it, to include other kids.”

On Thursday that funding was on full display with an event at the Academy of the Americas that included a performance by Latin GRAMMY nominated artists Mau y Ricky as well as a Q&A session with students.

“The group came here as part of the grant from Latin Grammys,” Brown said. “Part of the ceremony is having a performing artist come out and and encourage the students to pursue their love of music and possibly careers of music.