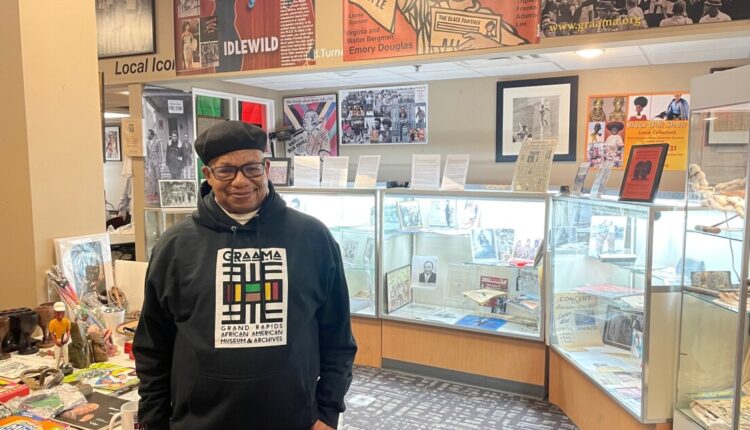 GRAND RAPIDS, Mich — George Bayard is right where he wants to be.

Growing up, he loved collecting items from baseball cards, to comics, to art as an adult.

He successfully ran an art gallery in Grand Rapids for 25 years before another opportunity came knocking.

“People would come in and ask us, you know, ‘My mom died, passed away and has all these empty magazines; can you use them?’ And we just started saying yes to everything,” Bayard told FOX 17 News.

In 2015, the Grand Rapids African American Museum and Archives (GRAAMA) opened in a small building on Monroe Center downtown.

“There’s got to be a way to make sure things like these are preserved, and the story passed down for generations,” Bayard said. “[The name] is a tribute to my grandmother and other grandmothers who were out there keeping the history of the family alive.”

There was immediate interest in the new museum.

“We were just amazed at the things that we found,” Bayard recalled. “We were also amazed that there was not a lot of history, historical items or artifacts to back up a lot of the stories that you had heard here.”

The museum features a collection of historic items and artifacts, along with oral histories.

Many people may be familiar with some of the big names associated with the city of Grand Rapids, but Bayard said there’s many lesser-known figures that also had an important role in Black history.

That includes people like Dr. Emmett Bolden, who was the city’s own civil rights hero.

“Dr. Bolden, who integrated the Keith movie theater. He and some colleagues went there to sit in and watch a show. They were relegated — all Black people were relegated — to the upper balcony at that time,” explained Bayard. “He challenged it, took it to the Supreme Court and won his case.”

Major faces of the movements also stopped in Grand Rapids.

“Fountain Street Church had Malcolm X here…1961,” said Bayard. “He spoke and there’s this tape out there. Somebody… somebody recorded it; we been on a search to, you know, to find that tape.”

“[She] came here and spoke after she buried her son. And a lot of people don’t know that,” said Bayard. “She was at the Community AME Church, spoke to a crowd, according to the news of 2,000 to 3,000. The crowd stretched around the block.”

Bayard’s hope is that people will know and celebrate their history.

“We don’t want to repeat where we’ve been, and we certainly want to make the future brighter, especially for young people,” he said. “We love it. I mean, that’s why we’re here. And for us to be able to tell these stories is a great thing… for us, that’s the prize is to see people say, ‘Wow, I didn’ don’t know that.'”

Bayard is a licensed appraiser who’s always looking to add to the collection.

Colder air into Monday, then higher temps to start March