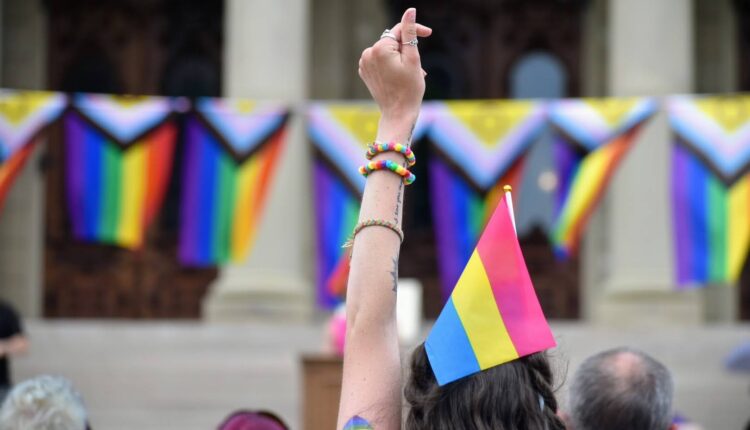 For the first time since COVID-19 forced Pride events to go virtual in 2020, members and allies of the LGBTQ+ community in Michigan and elsewhere have been able to celebrate fully in person this year during the month of June.

But the comeback of in-person Pride is coinciding with the re-emergence of a dark phenomenon: A recent increase in anti-LGBTQ+ violence and threats that experts say hasn’t been seen for years.

“We’re keeping an eye on all of the uptick in violence that is happening in the LGBTQ+ community, particularly trans women of color right now,” said Erin Knott, executive director of Equality Michigan.

So far this month, at least three LGBTQ+ events have been targeted by white nationalist groups in Idaho, California and Texas while others have attracted more protests. Knott says she is worried that these incidents will continue across the country and bring “great harm” to LGBTQ+ individuals unless political leaders act.

“When you have people that are in positions of power … and they are using their bully pulpit to talk about anti-trans policies, to say repeated homophobic and transphobic comments, it is empowering a very fringe and dangerous base,” Knott said.

“We’ve watched now for the last several months, this happening elsewhere. And then, earlier this spring, there was just an onslaught of anti-LGBTQ+ rhetoric and policy.”

GOP state lawmakers in Michigan and beyond are in the midst of a coordinated legislative pushback on gay and transgender rights. That pushback includes rhetoric equating LGBTQ+ people with pedophiles and attempts to ban transgender student athletes from sports.

“Our community is attacked everyday, from anti-trans legislation, to [U.S. Supreme Court] Justice Clarence Thomas stating we should review the gay marriage decision and possibly overturn it, to states like Texas threatening legislation to keep drag queens reading stories away from children,” said Rickie Kreuzer, board president and executive director of Chosen Family of Michigan.

Dixon, for example, tweeted on June 4 that “as Governor, I will sign a bill that creates severe criminal penalties for adults who involve children in drag shows.”

“This is what we’re monitoring. We know that there are requests for additional bad bills that will bring on even more harm,” Knott said. “I think that leaders need to lead by example, and they need to tone it down because they are legislating death right now.”

The GOP-led Michigan Senate last week rejected a Pride Month resolution despite adopting one last year. In the state House, Pride Month was cut down to “Pride Week.”

More than 30 Pride events continue to pan out throughout Michigan as June inches toward July. In Grand Rapids, event organizers opted for hired security this year rather than a police presence this year to make participants feel safer.

“Just looking at the state of play, I think that we’ve seen, by and large, an increase in harassment, bullying [and] violence against people that are different than you or people that have different values or how they live their life, who they love, who they are,” Knott said.

“I think that we’re at a dangerous tipping point.”

This month, police arrested a Canadian who allegedly threatened to shoot people at a West Palm Beach “Pride on the Block” event.

On June 11, police in northwest Idaho arrested 31 members of a white nationalist hate group that had allegedly planned to “riot” during a scheduled Pride event in Coeur d’Alene.

The members were masked, arrived in a U-Haul truck and reportedly brought a smoke grenade and what was described as riot gear. Tom Rosseau, the group’s national leader, was among the arrested.

Several members of a motorcycle group that planned to stage an anti-Pride event nearby were also arrested for disorderly conduct and trespassing charges.

A day later — on the six-year anniversary of the Pulse shooting that left 49 dead and 53 wounded at an LGBTQ+ nightclub in Florida — at least five men who identified themselves as members of the Proud Boys interrupted a “Drag Queen Story Hour” in San Lorenzo, Calif. to hurl insults and slurs at a drag queen as she read aloud to children and parents.

One of the men wore a t-shirt displaying a rifle, along with the words: “Kill Your Local Pedophile.”

The incident is being investigated as a hate crime.

When you have people that are in positions of power … and they are using their bully pulpit to talk about anti-trans policies, to say repeated homophobic and transphobic comments, it is empowering a very fringe and dangerous base.

Also on June 12, about 30 people gathered in Texas to protest an adults-only drag brunch show for charity.

Organizers of the nonprofit Drag Queen Story Hour, which facilitates events for drag queens to read to children and their parents at public spaces like libraries, said they are having to enhance their security following the recent uptick in homophobic and transphobic pushback.

Despite receiving some opposition since its inception in 2015, Drag Queen Story Hour organizers say their events are receiving a newfound level of vitriol this year since Pride Month began.

“When groups preach at us from across the Pride festival about how we are going to hell, or show up in the back of U-Hauls in an attempt to murder innocent people celebrating Pride, or kill dozens at a nightclub out of hatred, [it] shows us exactly why we need and celebrate Pride,” Kreuzer said.

“We need Pride because we deserve the ability to celebrate our very identities without fear of attack, discrimination or being treated as less-than,” he added.

Nearly one-third of LGBTQ+ youth have attempted suicide. In 2015, the state reported that LGBTQ+ youth in Michigan high schools were four times more likely to consider suicide than heterosexual youth.

Knott said that in order for things to change, new leadership is needed.

“We need to pledge as a community and as allies that we’re going to vote our values. We’re going to vote for kindness over hatred, and cast ballots for pro-equality candidates up and down the ballot in November so that we stop the horrible behavior that’s in our communities right now,” she said.