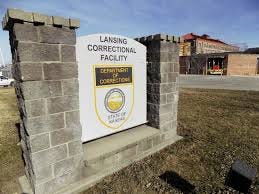 Reporters and the general public will be banned from attending a meeting where lawmakers tour a recently reconstructed state prison in the Kansas City area.

The Kansas Legislative Research Department meeting schedule shows the Joint Committee on State Building Construction is scheduled to meet at 9 am Wednesday at Lansing Correctional Facility. Emails from the KLRD to committee members called it a meeting.

Yet legislative staff now say the meeting isn’t a meeting.

“Pursuant to statute, this is not a meeting, it is a tour by the Committee to gather information and see the facilities,” KLRD staffer Shirley Morrow said in an email. “No business will be discussed on this tour.”

Lansing underwent major reconstruction work of minimum, medium and maximum security buildings in a two-year project after a 2018 groundbreaking. The project was financed by a 20-year lease with a base year cost of $14.9 million with a 1.94% escalator. The state building construction committee was directly involved in the project.

A Kansas Department of Corrections spokesperson referred inquires to KLRD and didn’t respond to a question about reporters being allowed on the tour without KLRD approval.

Morrow didn’t respond to follow-up questions, including explaining how committee members will effectively gather information if they aren’t allowed to discuss anything during the tour and how they will guarantee there won’t be any such discussion.

More:Topeka police are in a staffing crisis, a union official says. The police chief disagrees.

State statute defines meetings to include “discussing the business or affairs” of a public body. The attorney general’s office states that a meeting implicates the Kansas Open Meetings Act when there is an interactive discussion by and between at least a majority of the body on matters relating to the functions of that body. It doesn’t matter whether the gathering is called a tour or a meeting.

Max Kautsch, president of the Kansas Coalition for Open Government, said the meeting is “too intrinsically related” to the committee’s work “to credibly claim that its members would not discuss Committee business during a tour.” He said the public should be allowed to attend.

“The notion that a majority of the members of a public body could gather, and then not discuss public business, tends to rub Kansans the wrong way,” Kautsch said.

He pointed to a 2001 opinion from Attorney General Carla Stovall, who noted that a common KOMA complaint was two of three county commissioners sharing a table at a restaurant after a meeting, such as getting ice cream at Dairy Queen. Stovall noted that such a gathering wouldn’t violate KOMA as long as the conversations were about non-work topics, such as high school football or fishing, but discussion on the weed department’s budget amid a weed outbreak would be a KOMA violation.

The prison tour isn’t like a social gathering, Kautsch said, pointing to the committee’s job of studying the progress and results of all capital improvement projects. Any comments from committee members about the quality or scope of the construction at Lansing would constitute discussing the committee’s affairs, he said.

“Unlike at social gatherings, where public officials have been given the benefit of the doubt about the subject matter of their conversations, it is simply unreasonable to expect the public to believe that the legislative committee specifically charged to oversee construction projects involving state buildings would not conduct its business while touring a recently reconstructed state building,” Kautsch said.

While KOMA allows the legislature to create rules that exempt meetings from public meetings requirements, legislative leadership has instituted no such rule to exempt committee tours. Tours of state agency buildings have been treated as public meetings in the past, evidenced by KLRD staff taking meeting minutes.

More:These races could decide who holds power in Kansas politics—and they aren’t for governor

Staff referred to meeting as a meeting

Committee chair Sen. Rick Billinger, R-Goodland, and vice chair Marty Long, R-Ulysses, didn’t respond to requests for comment on whether they were involved in the decision and agreed with it.

Billinger did say he does not consider the tour to be a meeting under state law, without explaining how lawmakers won’t discuss committee matters. He said it was the Kansas Department of Corrections that decides who attends tours.

The ranking Democrat on the committee, Sen. Marci Francisco, D-Lawrence, said the tour “does not run afoul” of KOMA as long as there are no discussions and no actions are taken.

Francisco provided a copy of an email from Morrow referring to the gathering as a meeting. Nothing in the email suggested that committee members wouldn’t be allowed to talk to each other about committee affairs while meeting at the prison.

“That’s why obviously the press should be concerned,” Francisco said.

The tour counts as one of the four approved meeting days for the committee while the legislature is out of session. Francisco said she was told that legislators are being paid to attend the tour.

A legislative staffer will be on hand to ensure there is no discussion, according to an email provided by Francisco.

Francisco said public business should be conducted in public and legislators should be allowed to visit correctional facilities, but she understands why security concerns may prevent a prison tour from being open to the public.

“I think this is an interesting turn of events, they indicated it was a meeting,” she said. “But now they’re saying it’s not a meeting, it’s a tour. And I understand that if you’re going to have a tour of a correctional facility you can’t just say the public can come in.

“But that does mean that we have to be very careful about what we say and do and discuss, because any discussions that the members of committee have should be in public.”