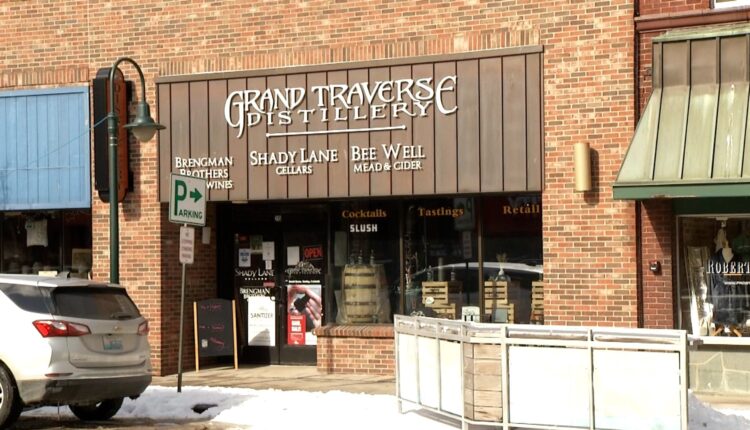 Businesses in Traverse City continue to struggle to find workers.

Affordable housing advocates say the lack of housing is the cause for the current labor shortage in northern Michigan.

“It’s going to continue to be a struggle until things kind of even out and find a new normal,” said Landis Rabish, Master Distiller at Traverse City Distillery.

“A lot of people were coming in once the lockdown was lifted, but not all the employees came back. So, a lot of retail service people just got kind of bogged down, they got burnt out,” Rabish said.

Despite being the oldest locally owned distillery in Traverse City, finding workers has been tough.

“If you roll downtown Traverse City, almost every shop has a sign that says ‘hiring’,” said Rabish. “These businesses are profitable, people are spending money, but the service industry, I think was hit really hard.”

Jobs are available in Traverse City, but housing is scarce. Many people hired to work in Traverse City have posted to community groups on Facebook trying to find affordable housing.

“We were already at an imbalance and now I would say we’re at even more of a dyer situation with our existing housing stock,” Brown said.

Brown further stated that Traverse City needs more houses for people with higher incomes, so there’s more housing for people that make $40,000 a year or less.

According to Zumper.com, the average rent for a 1-bedroom apartment in Traverse City is over $1,200. Almost $250 more than what it was last year.

Residents in northwest Michigan pay up to 50% of their income on transportation and housing.

“No matter what you make, in theory you shouldn’t be paying more than a third of you income if you want to be able to not be cost-burdened,” said Brown.

Although many people look to blame the pandemic, Rabish believes that’s just part of the problem.

“It’s not just the pandemic, it’s that whole Traverse City vibe of: Half the pay for a view of the bay,” said Rabish.