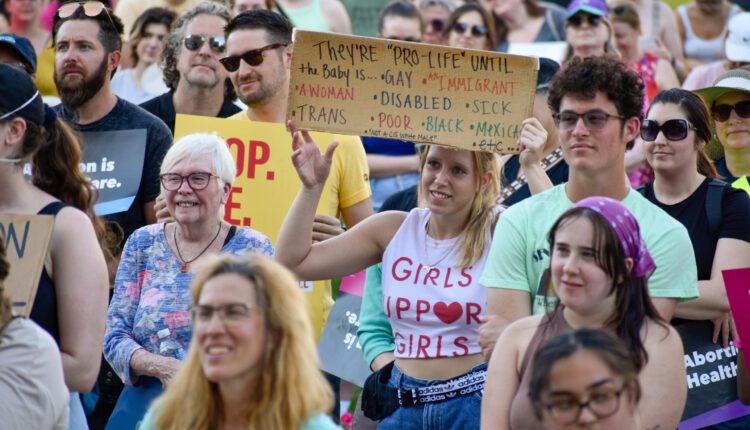 Witnesses who were asked to speak on why an injunction on the state’s 1931 abortion law shouldn’t be extended faced on Thursday a heated cross examination during the second day of oral arguments in the Oakland County Circuit Court.

The question before the judge is essentially to determine whether abortion will remain legal in the state by extending an injunction on the state’s abortion ban or if local prosecutors will be allowed to enforce the 1931 law,  which prohibits doctors from performing any abortions except to save the life of the “pregnant woman.”

At the end of the oral argument hearing Thursday, Cunningham scheduled a third hearing set for Friday morning where he will rule on whether or not an injunction will remain in place.

There’s been a flurry of court activity on abortion in Michigan in recent months.

When the U.S. Supreme Court overturned Roe v. Wade in June, abortion access in Michigan was protected by an injunction placed on the state’s 1931 abortion ban in May by Court of Claims Judge Elizabeth Gleicher.

Some Republican county prosecutors argued that the injunction prohibits them from doing their job and took the issue to the state Court of Appeals, which ruled earlier this month that county prosecutors are exempt from the injunction. That same day the ruling was made, Whitmer asked the Oakland County Circuit Court to issue a temporary restraining order (TRO) to prevent county-level decisions on abortion access. By evening, Circuit Judge Jacob Cunningham then granted that request and later ruled to keep the TRO in place.

The defense’s witnesses, Priscilla Coleman, a researcher on the mental health impacts of aborton on women, and Dr. Gianina Cazan-London, an OB-GYN at McLaren Health Hospital System, fielded long cross examinations from Whitmer’s legal team, questioning their credibility and how their personal beliefs affect their care as medical providers.

Coleman, who was the first witness to take the stand, argued that her research and findings show that there is an 81% increased risk of mental health problems for women who have abortions. Her work has been widely discredited.

Attorney Jonathan Miller, representing Washtenaw County Prosecutor Eli Savit, who said he would not prosecute doctors for performing abortions in his county, asked Coleman is she believes abortion “is never the right decision, no matter the personal circumstances of the woman, except when her life is in question.”

“Based on the data, I believe that is true,” Coleman said.

Coleman said she has been on 20 abortion-related cases as an expert witness, but has never been asked to testify against abortion restrictions.

Miller asked Coleman about a number of cases in other states where she testified and judges found her research to be “uncompelling” or “unconvincing.”

Coleman denied that any judge has ever said her research is not credible  and none of her peer-reviewed publications have ever been retracted. She added that it is “not surprising” when people who  support abortion rights criticize her findings.

“It comes with the territory,” Coleman said. “If you’re publishing research, and you analyze and research objectively, and it doesn’t align with a political mission, there’s going to be attacks. It’s just part of the process. I mean, I don’t take it personally anymore. I take it as a compliment sometimes.”

Cazan-London also faced a slew of questions during her cross examination after explaining why she does not perform abortions as a doctor who specializes in high-risk pregnancies.

“You’ve testified that women should enjoy all their pregnancies, is that right? What about the woman who was brutally attacked and raped? Should she enjoy the pregnancy?” the plaintiff’s attorney asked.

Following this, there was a line of questioning about specific incidents in which a woman or girl was raped, incestually or otherwise.

For my entire life, I have had the right to choose to make decisions about my own body. I’ve had reproductive freedom for 50 years. To say that somehow that’s not status quo is … ridiculous. Of course it is. But it’s more than that. All over the state women are outraged. We have our minds and our hearts to tell us what’s right for us, to decide what to do with our own bodies, to decide whether we want to become mothers. I urge you not to take that away.

Attorney David Kallman, who is representing prosecutors who want an abortion ban in Michigan, objected the questions, calling it harassment of the witness. Cunningham overruled the objection.

After referencing a statement put out by Sparrow Hospital, who previously employed Cazan-London, the plaintiff’s attorney told Cunningham he wants to “impeach” Cazan-London’s status as a witness qualified to give any kind of medical statement.

The statement from Sparrow came after Cazan-London spoke at a school board meeting in 2021, where she fought against masks in schools and stated masks are dangerous, a claim that many medical experts debunked during the pandemic.

Sparrow wrote in the statement, which was read by the plaintiff’s attorney, that Cazan-London is not “a medical expert in infectious disease or treating kids.”

Kallman argued in his closing arguments that enforcing the 1931 abortion ban would be returning to the status quo.

“They want you to accept their request for a new constitutional right and to make it up … and then give an injunction on something that’s not the law,” Kallman said. “I don’t understand. I understand their reason for wanting it. But legally, there’s absolutely no basis to it.”

In her closing arguments, Oakland County Prosecutor Karen McDonald said she has been “sitting here for two days, listening to people, mostly men, talk about whether or not I should have control over my own reproductive rights.”

“For my entire life, I have had the right to choose to make decisions about my own body. I’ve had reproductive freedom for 50 years. To say that somehow that’s not status quo is … ridiculous. Of course it is. But it’s more than that. All over the state women are outraged. We have our minds and our hearts to tell us what’s right for us, to decide what to do with our own bodies, to decide whether we want to become mothers. I urge you not to take that away.”