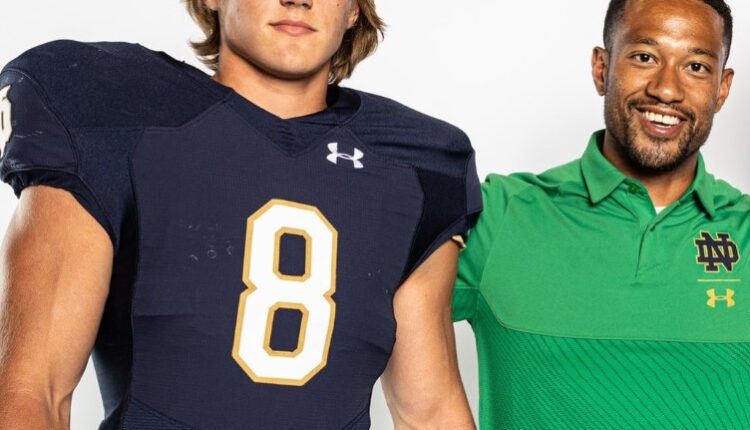 Born on St. Patrick’s Day, you could almost have guessed that Josh Burnham would become Irish – that is, Fighting Irish.

A native of Traverse City, who will turn 18 in March, is starting classes at the University of Notre Dame this week after a stellar football career at the high school level. He and his teammates from TC Trojan made it to the state championship game in Detroit, where they lost 41:14 to Warren De La Salle. “That was a great experience,” he says. “The ability to put TC on the map and get to Ford Field was really something. I’m really proud of all the boys. ”

Despite the defeat, the season was a complete success. The Trojans went 12-2 with Burnham calling Signals on offense and making key games at the linebacker on defensive. His athletic ability; 6-foot-4,225-pound frame; and steadfast defensive play caught the attention of college coaches at the highest level. He has received scholarship offers from 16 Division 1 football schools across the country.

“Overall, he was very open-minded about this entire recruiting process, making sure every box was ticked, and in the end Notre Dame just ticked them all,” says his father Sean Burnham.

Read about Josh Burnham’s career in college, national analysis of his footballing skills, his time in Traverse City, and what’s next this week on Northern Express, sister publication of The Ticker. The Northern Express can be read online. Get a free copy from kiosks in nearly 700 locations in 14 northern Michigan counties.