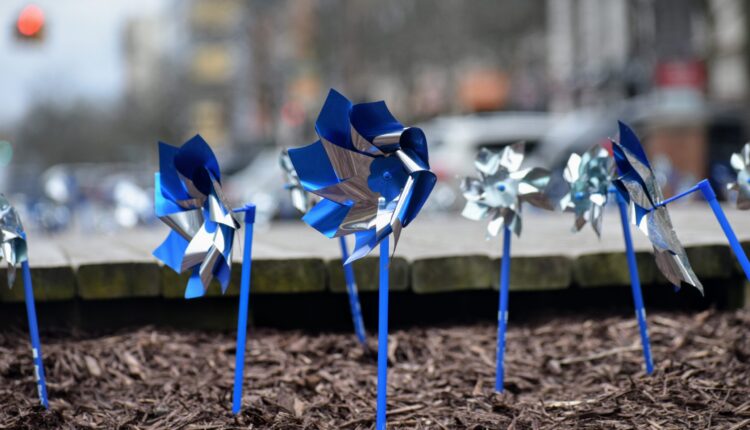 Starting at the age of 2 until she was an adult, Suzanne Greenberg was physically and sexually abused by her father and grandfather.

Now, as the executive director of the Michigan Department of Health and Human Services (DHHS) Children’s Trust Fund, Greenberg’s mission is to do everything she can to prevent other children from becoming another statistic of child abuse.

“I was well into my 30s by the time I understood that I didn’t do anything wrong,” said Greenberg, 64. “This was something that was an illness or a mental challenge for them. It had nothing to do with me and that I didn’t create this condition for abuse. I didn’t make it happen.”

Greenberg said she had been groomed by her grandfather from a very young age before he sexually abused her. He gifted her presents that her other siblings didn’t receive and gave her special attention.

Her father was physically abusive and struggled with alcoholism.

“There was alcoholism, physical abuse, a lot of verbal assault and sexual abuse when my grandfather would visit. Those are things that nobody had any idea were happening in our very middle-class neighborhood,” Greenberg said. “Until I got to high school, I thought it was normal. I thought this is how all children are treated by their dad and their grandpa.”

More than a decade after the abuse stopped, Greenberg stumbled upon a job opening in Saginaw County for a child rights advocate at the Child Abuse and Neglect (CAN) Council Great Lakes Bay Region. At the time, she didn’t feel fit for the job. She was recovering from an injury and had two young children of her own.

But she felt called to the position.

At first, Greenberg said the work was challenging because she was a survivor herself, but over time, working to help prevent further child abuse in Michigan gave her own experience a new meaning.

“When I was back in Saginaw, I really got the feeling that all of my past experience helped me to empathize,” Greenberg said. “It is the lemonade out of lemons for me. … It has given me the opportunity to make things right, if you will. It never excuses what happened, but even in my own family, it allowed for discussion. … There’s challenges there, but honestly, I’ve grown so much and had so many opportunities to positively impact children through their families and with other professionals.”

Nearly 30 years after taking that first job in child advocacy, Greenberg now leads the state’s only statewide nonprofit organization solely dedicated to the prevention of child abuse and neglect.

According to the nonpartisan think tank Michigan League for Public Policy, at least 25,710 children in Michigan were abused or neglected in 2021. That number is down from previous years, but Greenberg said some of that can be attributed to the pandemic when many students weren’t at school — where a large portion of child abuse reports are made.

According to the Centers for Disease Control and Prevention (CDC), at least 14% of children have experienced child abuse or neglect in the past year in the United States. This is likely an underestimate because many cases are unreported.

Greenberg said she wants to help support families in need before another child is added to the list of statistics.

And she has seen improvements at the state level in this work.

“The department is committed to focusing on prevention in a way that I have not seen in my 30 years in this work,” Greenberg said. “I think parents of all backgrounds need support and assistance because it’s tough to be a parent. It’s the toughest job we will ever love, but it is also a time when parents can be at risk.”

New season on the horizon bringing new sense of optimism