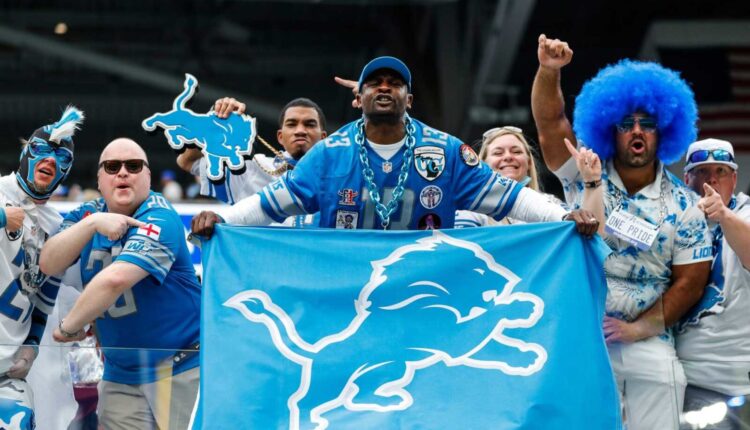 New season on the horizon bringing new sense of optimism

The Detroit Lions 2022 season schedule was announced late last week, and the fanbase is drinking the kool-aid again. As one of the kool-aid drinkers, it does feel like things are trending in the right direction.

It’s felt that way for a long time with the new regime, but even the Detroit Lions players are starting to show this sense of optimism. Recent interviews with players have them talking a lot more optimistically and enthusiastically about where this group is headed.

There are players like Jamaal Williams who are talking about the team taking home a Super Bowl victory, not in the future, as this tweet from Justin Rogers mentions. Now, most fans are not naive enough to think the team will contend for a Super Bowl in 2022, but the optimism spreads quickly.

The team is coming together, and being bought in this early soil well for the long haul. The group that the new front office and coaching staff have put together since they have taken over is great. They are phasing out the last of the players that they do not want to be around from the past regime, and they’re getting “their” guys into these spots.

It’s an exciting time to be a Detroit Lions fan.

This renewed feeling that the team is moving in the right direction leaves a lot of room to get excited. The Holmes/Campbell era for this team has made it easy to buy in and see the bigger picture.

The 2022 season is not it. They are not in shape to go win a Super Bowl or even start to look like a Super Bowl contender. There’s still more that needs to happen, which will occur in due time.

Between acquisitions (whether trades or free agency), solid draft classes, etc. They are going to keep building for the future. The way that things have going, it seems like they are going to firm up the defense in 2022.

With the return of former first-rounder Jeff Okudah, among others, there’s plenty of reason to think that this is possible. If the Lions can get plenty more out of the defense in 2022, seeing their draft classes of the past two years excel, it leads me to believe the 2023 season will be a season the team has a winning record and could contend.

Another year of quality drafting and figuring out the quarterback situation could lead them into exciting territory. Don’t get it twisted; the Lions are going to be better in 2022, but in another year or two, trusting in this regime is going to lead to big things.

There’s a lot of excitement and optimism even just for the 2022 season, and fans are drinking the kool-aid. This may be something the fanbase (including myself) does yearly, but this regime makes it feel a little different, or at least like things are actually moving in the right direction, even if it’s taking time.