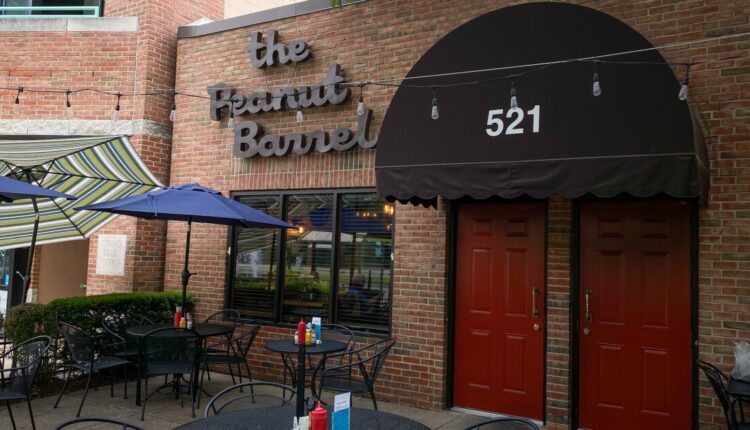 The owners of East Lansing’s beloved Peanut Barrel restaurant are retiring this week after more than four decades at the helm.

Joe and Jennifer Bell took over the downtown bar and grill in 1980.

Joe says he’s been able to reflect on the decades of memories from the restaurant, from wedding receptions to divorce celebrations, to football games and birthdays.

“We have one group, we call them the birthday family, and they’ll sit right in this room right here,” he said. “Every time, they celebrate a birthday, and it used to be just husband and wife and maybe one child. Now it’s three generations of people that come in.”

Joe Bell said it wasn’t an easy decision to retire and that it took he and his wife about a year to decide. Bell said he’s thankful for all the memories.

Michael Krueger is the new co-owner of Peanut Barrel. He said he’s excited for the opportunity and plans to keep the same vibe Joe and Jennifer have created and maintained since 1980.

Bell explains “longevity” and a welcoming attitude are what made The Peanut Barrel a reliable staple in the community. Those values ​​led him and his wife to select Michael Krueger and Josh Mosholder as the restaurant’s new owners.

The duo, who co-own Crunchy’s which is also a bar and grill, say they plan to maintain the atmosphere as much as possible. Krueger said part of his interest in taking over came from seeing how well Joe and Jennifer cared for the downtown establishment.

“They got great staff,” Krueger said. “A lot of them have been here for many, many years, and so it’s really comforting to come in and see the same faces all the time … the regulars here are second to none, and they have a good crowd.”

Joe Bell’s children have worked at the bar over the years, and their daughter Megan is staying on board following the transition. As for Joe and Jennifer, he says they don’t have any big retirement plans yet.