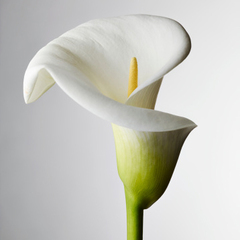 Henry A. Schnelker, 92, of Traverse City, died peacefully at home with his loving family by his side on Wednesday, December 22nd, 2021.
Henry was born on June 26, 1929 in Flint to the late Bernon J. and Gertrude M. Schnelker. He was the middle child of five. Henry was enrolled at St. Michael’s Parochial School in Flint at a young age, graduating from the 1947 class. Shortly thereafter, he attended Flint Junior College and after two years moved to Michigan State University. He earned his degree in economics from Michigan State University, which he graduated in 1951.
The United States had entered the Korean War the previous year, so Henry enlisted in the Navy after graduating from college. He was selected for further training and sent to OCS in Newport, Rhode Island, followed by training with Naval Supply Corp. in Bayonne, New Jersey, where he served as an ensign. Henry then went straight to the fleet and became a supply officer on the USS Putnam (DD 757), the flagship of the ComDESRON 22nd in the waters off North Korea. During this tour he was promoted to Lt. (jg) promoted. When their oriental tour was over, the Putnam returned to Norfolk, Virginia, completing the world cycle. His next assignment was an Issue Control Officer at NSD Mechanicsburg, Pennsylvania. He was then promoted to lieutenant.
When his conscription ran out, Henry decided to return to Flint to help his parents. He accepted a position in the finance department of Buick Motor Co. and soon got to know most of the factories in the Buick complex. His career at Buick included helping these factories improve their financial reporting and implementing various corporate computer programs.
In June 1964 he married Meredith L. Harmon, the love of his life for 57 years. After a honeymoon in Bermuda, they had an apartment in Flint until they moved to Flushing. You raised two great children. Henry retired from Buick in 1989 after 32 years of service. In 1994 he moved to Traverse City with the entire family.
Henry leaves behind his wife Meredith Schnelker; Daughter Elizabeth (Scott) Allen von Frankenmuth; Son Alan (Jennifer) Schnelker of Mooresville, North Carolina; and two wonderful grandchildren, Sophie and Jackson; Brother Robert Schnelker of Traverse City; Sister Julie (Bob) Brown of Swartz Creek; and many nieces and nephews.
His parents preceded him in death; Sister MaryAnn Roeser; and brother James Schnelker.
In lieu of flowers, memorial donations can be made to the Hospice of Michigan.
Private church services take place.
The family is looked after by the Reynolds-Jonkhoff Funeral Home and Cremation Services. Memories and condolences can be shared on Henry’s tribute page, www.reynolds-jonkhoff.com