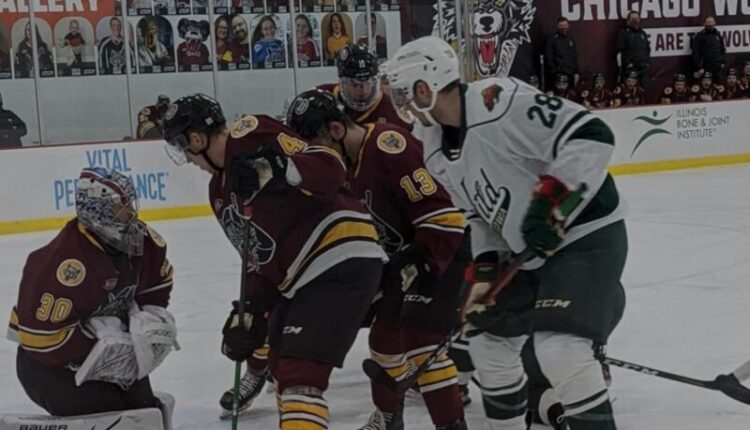 Center Rem Pitlick scored his seventh goal in the American Hockey League for the Wolves (7-1-0-0), the last AHL team to suffer a defeat this season. The Griffins (4-2-0-0) won their fourth straight win since losing two to Chicago.

Grand Rapids took the lead early on when Barber slid the puck past Antoine Bibeau 3:59 into the game. Barber’s score was the first time in more than five full games – 338 minutes and 48 seconds, to be precise – since the Wolves last fell behind.

Chicago went into the locker room with a deficit for the first time in the entire season – then Grand Rapids quickly dug the hole deeper in the second period. Dominik Shine scored an air rebound 48 seconds after the rebound and Barber scored the 3-0 at 2:02.

Pitlick started a rally by hitting a ricochet home 42 seconds after the third to reduce the lead to 3-1. Defender Frederic Allard scalded a shot from the point Boyle denied, but Pitlick claimed the ricochet in the slot and threw it home.

The Wolves developed several more chances in the third period, but the Griffins held strong until Givani Smith added an insurance target at 1:53.

Bibeau (1-1-0), who saw his first action since opening night on February 5, ended the game with 31 saves.

The Wolves have an immediate chance to host the Griffins on Sunday at 3 p.m. at the Chicago Wolves Training Facility in Hoffman Estates.

While Illinois state security protocols don’t allow fans to play home games this season, fans can be part of the action with a personalized clipping at the Chicago Wolves Fan Gallery, presented by Hefty. To purchase yours, visit ChicagoWolvesStore.com or call 1-800-THE-WOLVES.

Hanania also writes on Middle East topics for the Arab News and Arab Daily News, which criticize government policies in the Israeli-Palestinian conflict.

A critic of the mainstream news media’s prejudice, Hanania advocates peace and justice for Israel and Palestine, as well as the empowerment of Arabs in America.

Find him on MeWe.com and on Idobbonate.com the alternatives to Facebook