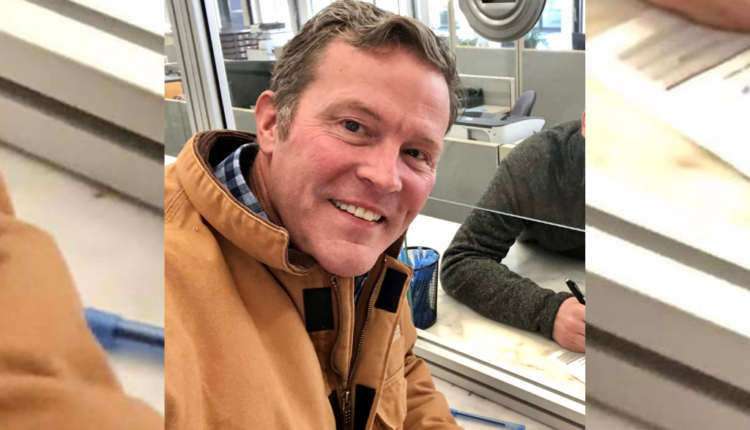 State House GOP nominee Robert Regan, who was under fire this week for saying rape victims should “lie back and enjoy it,” told right-wing podcast host “Trucker” Randy Bishop Wednesday that the backlash he is getting across the political spectrum is just a “distraction.”

“Let’s be honest, this is a distraction. It’s a bunch of B.S. and the voters deserve better than what our media and the Republican establishment has been giving us,” Regan said on the “Your Defending Fathers” podcast.

On Sunday, Regan was on a virtual panel hosted by the Rescue Michigan Coalition, a far-right group pushing election fraud conspiracies and protesting COVID-19 mandates, and was asked about how he won the special primary election for the 74th state House District seat representing Kent County last week.

“I have three daughters, and I tell my daughters, ‘Well if rape is inevitable, you should just lie back and enjoy it,’” Regan said. “That’s not how we roll; that’s not how I won this election. We go right at it.”

But on Wednesday, Regan told Bishop — who has been active in right-wing politics since the tea party era and appeared at a Lansing rally last year calling for a so-called “forensic audit” of the 2020 election — that his comments were taken out of context.

“The voters get it and they’re both disgusted, disturbed and disappointed by this distraction, which is taking the focus off the real issues; gas prices, inflation, critical race theory, mandates,” Regan said. “Our kids can’t read, Randy. And they want to teach them how to be woke and put on a condom.”

It wasn’t clear who Regan meant when he claimed that “they” want to teach kids “how to be woke and put on a condom.”

On Wednesday, Regan, in response to Weiser, that it’s “really interesting” that he would disavow Regan for his comment but didn’t speak up against former House Speaker Lee Chatfield (R-Levering) when allegations came out in January that he sexually assaulted his sister-in-law starting when she was a child.

“They are attacking me the way they are, yet they completely whitewash and ignore a real criminal, Lee Chatfield, who was the speaker. And we’re hearing nothing from the establishment,” Regan said.

Bishop noted of Chatfield that “at this point it is allegations. He is going to have his day in court.”

Bishop, a former Antrim GOP chair, has had several controversies, including having Facebook pages taken down in 2020 after state and federal law enforcement announced charges against right-wing activists for allegedly plotting to kidnap and kill Gov. Gretchen Whitmer. Bishop had posted photos of her northern Michigan home and an activity report.

On Tuesday, Regan was also blasted for his social media posts, which included a slew of COVID-19 and election fraud conspiracies, as well as anti-semitic posts, claiming Jewish people dominated world banking, assisinated Presidents Abraham Lincoln and John F. Kennedy and were responsible for 9/11. He called feminism “a Jewish program to degrade and subjugate white men.”

Regan will face Democrat Carol Glanville in the special general election on May 3.

29 Business That Lansing Would Love To See Come To Town