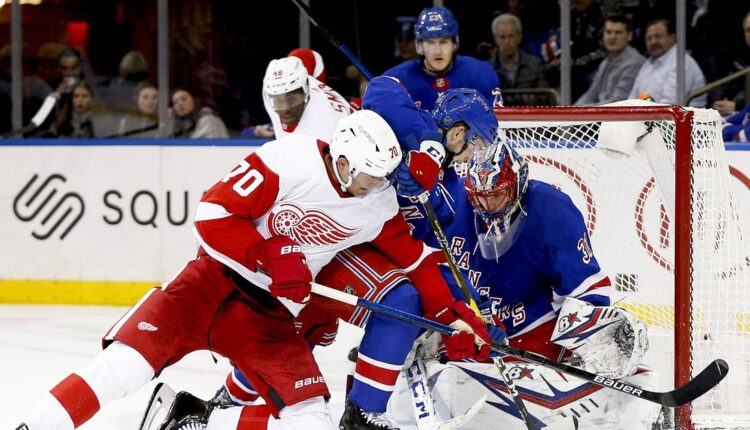 After Tuesday night’s victory over the Boston Bruins, the Blueshirts are back in action. Once again, they’ll look to defend home ice against an Original Six foe, as the Detroit Red Wings are in town tonight.

This will mark the first meeting between these two teams in over two years, as the divisional alignment and subsequent schedule changes meant the Blueshirts and Red Wings didn’t meet during last season’s truncated 56 game sprint. Tonight’s matchup is one that was originally slated to take place on December 27th, but was postponed as part of the NHL’s attempt to dance around the Omnicron wave of COVID-19.

In the midst of the best season of his career, Chris Kreider had helped fill the void left by New York’s off-season moves that left their forwards corps a bit lackluster. It’s not exactly going out on a limb, but keep an eye on Kreider as he looks to continue his strong performance.