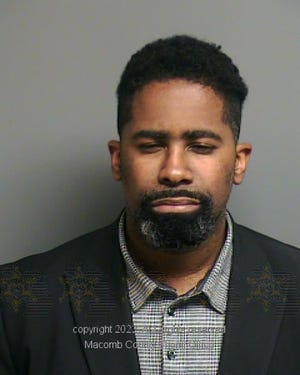 A Macomb County judge sentenced a Detroit pastor to 15 years in prison Tuesday for sexual assault with a teen.

Wright-Johnson was a youth pastor at the Second Ebenezer Church since 2012. He was removed from the church in 2017, the church’s Bishop Edgar Vann said in a statement from external public relations manager Peter VanDyke.

“We are deeply regretful about the unfortunate situation that occurred concerning a former employee of the church who was dismissed from our staff over four years ago,” Vann said. “Human resources and legal matters are confidential, which prohibit us from offering details, but please be assured that once were made aware of the situation, immediate and appropriate action was taken.”

“Additionally, we conduct background checks on all employees and have strict guidelines for those working with youth,” he said. “This is the first time we have encountered a situation of this nature and we will do everything in our power to make sure it doesn’t happen again.”

Wright-Johnson and his younger brother, Justin Johnson have cases pending for allegedly assaulting the same victim. Justin Johnson, 32, of Harrison Township faces similar charges in Wayne and Macomb counties. He has pleaded not guilty.

Bond was set at $35,000 for each in July for eight similar charges pending in Wayne County for alleged assaults between May 2015 to May 2020.

Their next court hearing is 9 am June 14.

Race to represent Lansing in Congress will be expensive