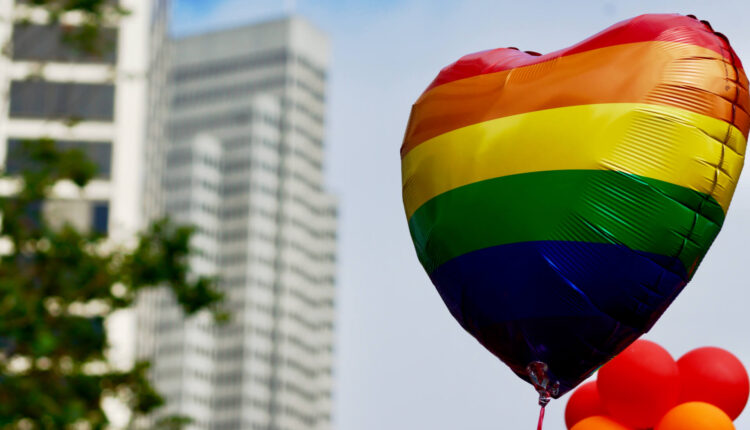 When Jeffrey Pienela, the president of the Muskegon Pride Center, thinks of the first-ever Pride Festival coming to Muskegon on June 4, he thinks of celebration — of the drag queens, the poetry performances and the music. But, perhaps more than anything, he thinks of people finding a family and a home, a place where everyone can feel supported and embraced while being themselves.

“If you are needing a home or a community or friends or a family, come to Muskegon Pride because there will be people there for you,” Pienela said. “Good things will be there.”

The inaugural Pride Festival in the West Michigan city — which organizers described in a press release as a way to “celebrate LGBTQIA2S+ owned businesses, artists, performers and supporters” — will take place along Western Avenue in the city’s downtown. Set to be held from 11 a.m. to 7 p.m., it will include drag queen performances — the headliner is DeJa Sky, a finalist in this year’s season of “RuPaul’s Drag Race” — live music, children’s activities, some 60 vendors, food trucks, HIV testing and more.

One activity will feature drag queens reading books to children, and Pienela plans to dress up as a merman and read “Julian is a Mermaid,” a story of a child who wants to be a mermaid being seen for who he is.

That, Pienela said, is exactly what he wants the Pride Festival to be.

“I grew up in Fruitport with a very huge LGBT lesbian group community — my mom was a lesbian and my grandma had three daughters, and they were all lesbians, and I’m very gay,” Pienela said. “I was raised in a be who you are mindset; my aunt was a big advocate for the gay community in the ‘90s she owned an LGBTQ coffee shop. Anybody kicked out of their family our door was open to. It was a you-don’t-have-a-family-and-now-you-do type of thing.”

This is the message he hopes anyone estranged from an unsupportive family can hear at the festival: There is a welcoming community waiting for them.

“Because I had lesbian moms, I had all the support I could ever want; I know all kids don’t have that support,” Pienela said.

The city’s first-ever Pride Festival is emblematic of a growing LGBTQ+ community in Muskegon, a city of about 40,000 people situated along the shores of Lake Michigan. Last year, city residents voted for the first openly gay mayor in Muskegon, Ken Johnson, and City Commissioner Michael Ramsey, who is also gay, has been working to bring a number of LGBTQ+ events to the city in recent years, including Roll On With Muskegon Pride, a bike ride celebrating the local LGBTQ+ community. The third annual Roll On With Muskegon Pride will take place during the June 4 Pride Festival.

“I am very excited and honored to be a part of this amazing event,” Ramsey said in a press release. “The representation and inclusion that it provides for all of our neighbors is unmeasurable. Regardless of race, creed, ethnicity, national origin, sexual orientation or gender identity, everyone is welcome.”

The Muskegon Pride Center also has seen new life breathed into it at the beginning of the year, Pienela said.

“Muskegon Pride had kind of been going stagnant, so a group of us picked it up in January and were like, ‘Let’s see what we can do for Muskegon,’” Pienela said.

In addition to organizing the Pride Festival, the nonprofit is hosting monthly meet-and-greet events for the LGBTQ+ community, including one with Johnson, one with an “older generation drag queen from this area who can tell the youth all the stories they need to hear,” and one featuring gay straight alliance clubs from area high schools.

Since July 2021, Pienela and his husband have been hosting numerous drag shows in Muskegon through their company, Doll House Productions, which will also put on a drag performance at the Muskegon Pride Festival’s after-party at a local bar, Unruly Brewing.

“We try to get as many drag shows in Muskegon as we can,” Pienela said.

Last year, the Muskegon Pride Center hosted a Pride celebration at the Rusty Spoke, a local bar, and 400 people attended. At that point, Pienela said he knew “Muskegon is ready for” a large-scale festival. Organizers expect at least 1,000 people to attend this year’s festivities.

“I contacted my city commissioner friend, Michael Ramsey, and was like, ‘I know how to throw a party, but I don’t know how to go about doing it with the city,” Pienela said. “He got me to the right people, and the city has been absolutely phenomenal. It’s not just them being like, ‘Here, let’s let the LGBTQ community do their own thing; they’re like, we absolutely want to be involved.’”

There will be numerous Pride events celebrated in Michigan throughout Pride Month, which is annually held nationwide in June to honor the 1969 Stonewall Uprising in Manhattan. There are also Pride events in July, August and September: