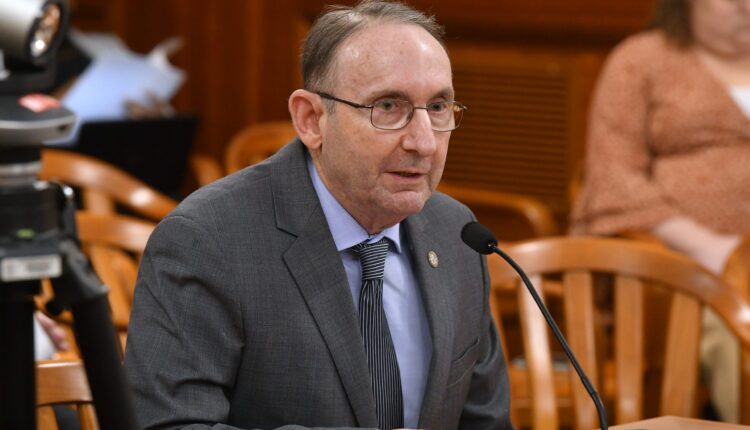 GOP state lawmakers in Michigan and beyond are in the midst of a coordinated legislative pushback on gay and transgender rights, which includes rhetoric equating LGBTQ+ people with pedophiles and attempts to ban transgender student athletes from sports.

Not all Republicans are on board, however, including a GOP lawmaker from West Michigan.

“To me, they’re no different than what I am: Just somebody trying to make it in life,” Brann told the Advance in an interview on Tuesday.

Brann was the only Republican in either chamber to sign onto House Bill 4688 in 2019, which would have expanded the Elliott-Larsen Civil Rights Act (ELCRA) to protect LGBTQ+ people. It was the first time similar bills had received any Republican co-sponsor.

All bills have still not made it out of their respective committees under GOP leadership, as has been the case in many sessions before, although the legislation had significant support from groups including some in the business community that often back GOP candidates.  Those include some major automakers, Consumers Energy, Dow, Whirlpool Corp., Herman Miller Inc. and more.

Among Michigan voters — including a majority of “lean GOP” or “strong GOP” individuals — about 74% would either “strongly” or “somewhat” support expanding the ELCRA to include protections against LGBTQ+ discrimination, according to 2019 polling.

I own a restaurant, and I have gay people, (LGBTQ+ people) work for me. I care about them, I love them and they should have the same rights for pay and housing as anybody else. Life is so short and so hard, and I just thought it was the right thing to do. So I signed on to it.

The Michigan Supreme Court is currently deciding a dis6crimination case that could result in LGBTQ+ people gaining legal protection at the state level.

Brann, who owns the Michigan restaurant chain Brann’s Steakhouse, said members of the LGBTQ+ community patronize his restaurants and work at them.

“I own a restaurant, and I have gay people, [LGBTQ+ people] work for me. I care about them, I love them and they should have the same rights for pay and housing as anybody else. Life is so short and so hard, and I just thought it was the right thing to do. So I signed on to it,” Brann said of the ELCRA legislation.

“… I’ve had transgender people come into my restaurant. I just want them to be happy. That’s all. I’ve seen a lot of — everybody has sadness in their life. You do, I do.”

Brann said he got some pushback for his views during the GOP primary ahead of his first term.

He did not receive criticism while running for his second term, he said, and his GOP colleagues in the House haven’t given him a “hard time.”

“My colleagues are good people. … Maybe because they knew better, but they never pushed back on me,” Brann said.

Members of his party in the Michigan Senate include state Sens. Tom Barrett (R-Charlotte) and Lana Theis (R-Brighton), who have recently espoused anti-trans rhetoric in campaign fundraising efforts while supporting anti-LGBTQ legislation.

Brann did not address Theis’ statements directly, and said of Barrett that he would not speak “badly against a good man like that.”

“We just may be different in this view,” Brann said, calling Barrett a “war hero” who has defended “all genders” during his time in the military.

“Life is hard. Life is tough. I just want people to be happy,” Brann said.

Noting Schmidt’s support for the ELCRA bill last spring, Brann said he is hopeful that it will pass “sooner or later.”

“Maybe I won’t be there, but I was proud to sign onto it. I think it’s getting closer and closer,” Brann said of being in the Legislature. “… Life is hard. LGBTQ [people], they’re human beings, and I want everybody to be happy as long as they don’t hurt somebody else.”