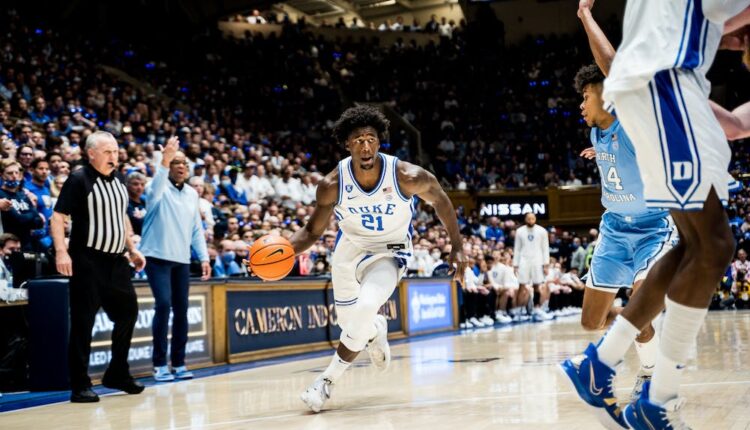 Duke in the NBA: Bagley breaks out for Detroit, Griffin sees minutes for Atlanta

The NBA season is underway and several former Duke players have been leading the way for their professional teams. The Blue Zone takes a look at the past week:

After battling a knee injury for the start of the season, Bagley joined the Pistons’ rotation Nov. 12. The 23-year-old center has played great basketball since he returned, and has scored double figures in each of his past four games. His recent success was highlighted by a 19-point performance in the Pistons’ 125-116 victory against the Jazz Wednesday, in which he shot 90.0% from the field. Bagley has drastically improved his free throw shooting as well this season, recording 92.3% from the stripe, in comparison to a career average clip of 66.9%.

The Hawks rookie is having a very successful week, ignited Saturday by a game-winning layup in overtime against the Raptors. Prior to this week, Griffin had scored double digits only twice this season. However, he has done so in each of the Hawks’ last three games. The Ossining, NY, native scored 17 in both the Hawks’ 124-122 victory against the Raptors and their 114-102 defeat to the Cavaliers Monday. Griffin has seen his minutes increase due to this production, as he played for 30 or more minutes in both of those games.

Tatum has continued to impress this season, and his team has won 10 out of its last 11 games. The Celtics star most recently scored 37 points in the team’s 125-112 victory against the Mavericks Wednesday. His multifaceted approach to the game made him dangerous, as he also helped on the defensive side as well. Dallas’ top player Luka Doncic only scored two points and had two turnovers when guarded by the Celtics’ starting forward. Including his season high 13 rebounds against the Mavericks, Tatum has grabbed 10 or more rebounds in four of Boston’s past six games.

It has been a solid season for the fourth-year per out of Canada. He has scored double figures in all but one game this season. In the Knicks’ 129-119 victory against the Thunder Monday, Barrett had an excellent performance. He scored 25 points and collected eight rebounds in the contest. Not only did Barrett record a high-scoring total, but he also drained 10 field goals, tied for his high season, which came Nov. 11 against the Pistons. Barrett also shot 62.5% from the field in the contest, which is his highest accuracy mark thus far this year.

Get The Chronicle straight to your inbox

Sign up for our weekly newsletter. Cancel at any time.