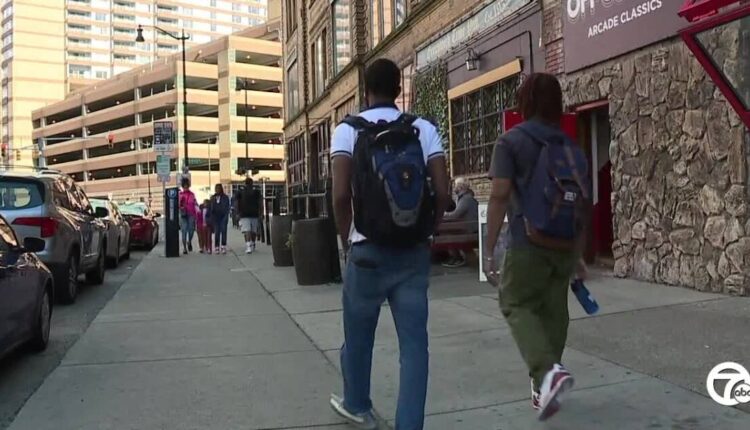 Downtown Detroit businesses ready for return of the auto show

DETROIT (WXYZ) — Inside Checker Bar Detroit, there’s buzz and excitement. This week, people from all over the world will pull up a barstool during the return of the North American International Auto Show.

“We’ve noticed an uptick, especially in reservations. People are calling to make reservations later this week,” Tharp said. “Our staff is excited about it, they make money, they get more hours, it’s an exciting crowd that comes in.”

On Tuesday, Detroit Mayor Mike Duggan took a tour of the auto show. He took a ride in the new electric Ford F-150, touting the city’s role in growing the industry.

“It is just tremendous that the Detroit auto industry is doing so well and all three of them are committed to building in this city,” Duggan told reporters.

Later on, Chrysler unveiled the new 300C outside the Spirit of Detroit statue as people from out of town began arriving in the city.

“Look at Detroit. Downtown, the city has really come alive,” said Simon Sproule, who’s from Los Angeles. “People are around, walking around. It’s got a really good feel to it.”

Sproule and his friend Pat Devereux are originally from England but now live in LA. They’re happy the event is in September, not like its usual date in January.

“This time of year, fantastic,” Devereux said. “This is Detroit at its best rather than at its worst.”

It’s also a chance for the city to show off to an international audience for the first time in nearly three years. It’s an opportunity Tharp and other business owners have missed.

“It’s really exciting to show off all the hard work that these business have been doing and the way they’ve been surviving too,” Tharp said. “Detroit is a really amazing culinary scene.”

Whether from New Zealand, England or LA, those 7 Action News met were impressed with what they saw.

“The view from outside perhaps is still 10 to 20 years out of date,” Sproule said. “I think people are still thinking Detroit of 20 years ago, but you just have to come here and walk around and you see it’s very different.”

High-50: Here are the latest rankings of high school football in Michigan