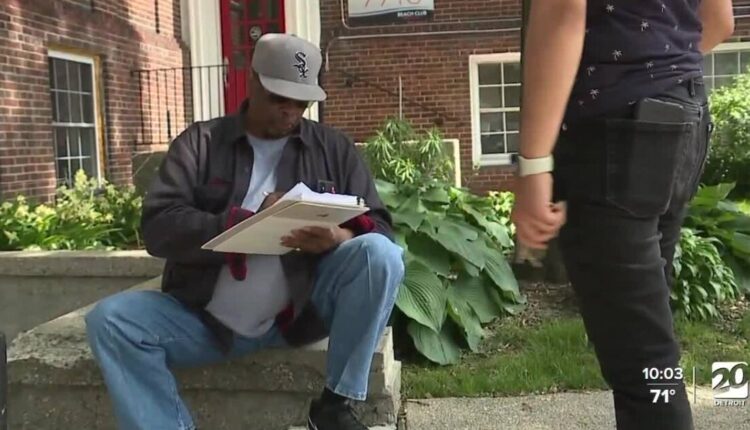 Downtown Detroit apartments reach day three with no energy, or A/C ahead of hot weekend

“Power went out and I thought oh, it will be up shortly.”

But three days later lights are still out, and so is his patience.

“I feel a rageful anger from the tips of my toes to the top of my head,” says Jim Chamberlin.

The A/C isn’t working and with summer heat approaching The Chamberlins say living here is dangerous.

Fed up, tenants are now starting a petition demanding probated rent, and money for all the groceries they had to toss out.

In response, the President of the management company brought food and drinks for a cookout and generators so people can charge their electronics.

“Thank you for coming but it’s not enough, we want answers,” says Lydia Maciel to a tenant.

“I mean I am sorry I feel terrible,” says Kathy Makino the owner of Beach Club Detroit.

Makino says she was searching for answers too.

“Today is the first day I heard it was a problem on the property,” says Makino.

Since Friday, Makino says DTE has promised to restore power, until today she was informed by the electronic company it was an equipment failure on her end that needs to be fixed.

If Makino wants to avoid fines she has less than two weeks to do.

Today, David Bell the director of the building safety engineering and environmental department sent a statement saying quote “…The city will send an inspector to the building tomorrow and give the owner 10 days to make the necessary repairs… If they do not have this issue resolved by then, we will begin issuing tickets daily.”

Makino says it took eight months for a $100,000 switcher to arrive, but right now it is not installed. The switcher is supposed to be the backup in case power goes out. Best case scenario Makino says power will be restored Monday, but because of the holiday weekend it could stretch until Tuesday.