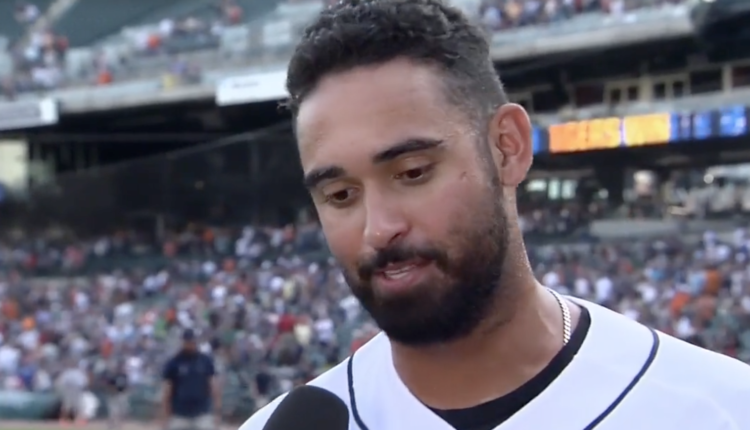 Detroit Tigers: Riley Greene’s lack of pop is not concerning

the Detroit Tigers have been more than pleased with Riley Greene, strutting his stuff as a big leaguer with the team in 2022. He made his debut earlier this summer and has been able to get the job done. While the power tool may not be as plentiful as some would have liked, he’s been a bright spot for this organization.

The lack of pop shouldn’t be affecting Detroit Tigers fans. The long-term upside with Greene is still going to be a very exciting one. There’s a very bright future with Riley Greene sitting in the team’s two-hole, hitting doubles and triples into the right-center gap in Comerica Park.

The expectation for Greene to be a power threat needs to be cut down a bit. There’s a lot to like about Greene, and he’s going to be exceptional, but I don’t see the power-hitter breed in him. He’s got juice, don’t take that the wrong way. He’s going to deposit balls down the right-field line deep into the bleachers every so often.

But with a cavernous gap in right-center and some of the metrics he’s shown in 2022, I’d expect him to make his career hitting balls hard into the gaps and hustling out extra-base hits. This should be considered totally fine for this Tigers team.

Detroit Tigers rookie Riley Greene lacking pop is not a reason to worry.

While Greene showed some power in the minor leagues, with 19 homers in 2022 before being called up and 24 big flies in the summer of 2021, it has not been there in the big leagues. But looking at the metrics, it was pretty easy to see why.

One trip to Baseball Savant shows it all. Greene is hitting the ball hard. There’s no doubt about that; his average exit velocity is 88.6 mph, with 112.1 mph being the highest recorded barrel from Greene. There’s room to see the average crawl up, but he’s still finding ways to get the barrel to the baseball and collect hits. Not to mention, a 43.2% hard-hit percentage means he’s been able to drive the baseball.

That’s not all; his contact splits have 50.5% of his contact being on the ground. Speaking more to the launch angle being horrendous. He’s worked 36% pull-side, 34.2% straight, and 29.7% opposite-field, which leaves a chance for him to be able to work gap-to-gap with pull-side juice.

If you look further down the list on his home run probabilities, if he wasn’t playing in Detroit, he would have more than two home runs based on how the home runs would play out in other ballparks. Obviously, away games play a factor, but it speaks to the fact that Comerica Park plays a part, along with the metrics listed above.

However, Greene is going to be fine. It still feels like even with a longer swing, he should be able to be solid at the top of the team’s lineup. Long term, given what we’ve seen, I think he profiles to be similar to Christian Yelichwith a little bit more strength in the frame.

The lack of power should not have anyone freaking out as Greene is still going to be an exceptional player, even if he’s not picking up 30 home runs a year.