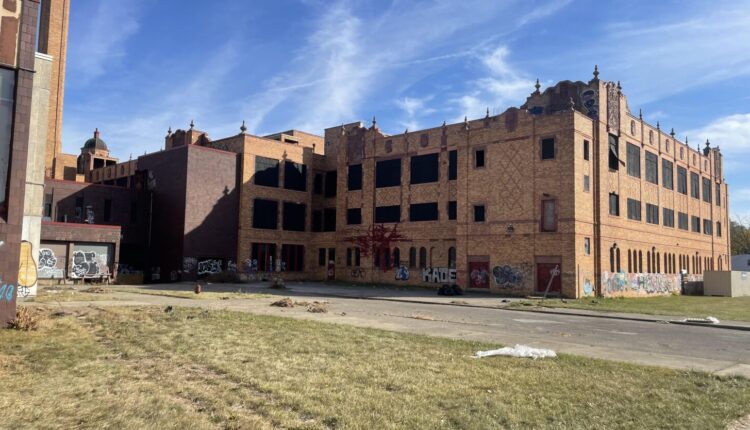 After years of weighing the future of the vacated site of Cooley High School, Detroit school district officials have landed on a new owner they believe will revive the blighted yet historic building.

Located on the northwest side of the city, Cooley opened in 1928 and became one of Detroit’s most storied high schools, revered for its athletic programs as well as its Mediterranean Revival architectural style.

Since then, people in the surrounding community have come to view the property as an eyesore. Alumni and local residents have called on the district to address the blight, either by selling or reopening the high school. In 2017, the building suffered severe damage from a fire in its auditorium.

Since its founding in 2010, Life Remodeled has repurposed homes and buildings across Detroit, partnering with local neighborhoods to beautify neighborhood blocks and boarding up vacant properties.

In recent years, the nonprofit drew attention for remodeling Detroit school buildings, including Osborn High School and Cody High School; the district is planning to rebuild Cody as part of its facilities plan. When the district was under emergency management, it leased the former site of Durfee Elementary-Middle School to Life Remodeled in 2017 for $1 a year to repurpose the building into Durfee Innovation Society, a community hub for nonprofits and entrepreneurs.

Life Remodeled publicly bid on Cooley last November, offering the district $400,000 and proposing to rebuild Cooley over the course of three years through an investment of $37.5 million. Life Remodeled plans to turn the former high school into a community hub similar to what they did at Durfee.”.

Chet Pitts, a Cooley alumni and parent of current Detroit school district students, advocated earlier this year for the former high school to be reopened and brought back to life.

“I would love to see my school back open,” Pitts said, adding that the school closure contributed to an exodus of area jobs and residents.

Picking a buyer for Cooley came down to two bidders, Vitti said. He noted that Life Remodeled appeared to have both a stronger financial position and connection to local residents compared to the other bidder.

Board member Deborah Hunter-Harvill said she is “glad to hear that property is being sold.” She hopes the renovated building will offer “something for the families of that community and for the memory of all the young people that were educated in that community that went on to do major things in the city and the country.”

The district would use proceeds from Cooley’s saleto help reopen the former Northern High School as the new site of the district’s central office.

The school board’s finance committee is slated to consider the proposed sale on Friday. If that committee approves it, the full board is set to make a final decision on the sale of Cooley at its next meeting on Nov. 15.