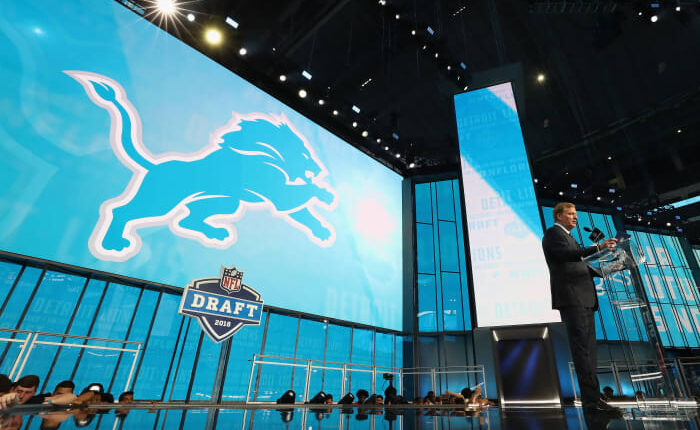 DETROIT – For Detroit Lions fans, the NFL Draft is basically the Super Bowl. So how fitting would it be for Detroit to host the event? Apparently, it’s not far fetched.

Detroit is reportedly one of three cities named as a finalist to host the 2024 NFL Draft. That’s according to Green Bay Packers president Mark Murphy.

Murphy told NBC 26 this week that Green Bay is also one of the finalists, along with Detroit and Washington DC

#Packers Mark Murphy says Green Bay is one of three finalists to host 2024 NFL Draft. It’s between GB, Detroit and Washington, DC. They expect to hear by league meetings at the end of March at the latest.

The Lions front office hasn’t been shy about their push to host the draft. Lions president Rod Wood said last year that Detroit was “very much” in running to host.

“We’re hoping to bring (the draft) to the city of Detroit,” Wood said. “Hopefully, by then, everything is fully reopened, and we can have hundreds of thousands of people downtown enjoying the draft in Detroit.”

It’s unclear what the draft would look like in Detroit. Last year, in Cleveland, it was held as an outdoor event due to COVID-19 concerns. This year’s draft, on April 28-April 30, will be held in Las Vegas.

The 2023 NFL Draft will be held in Kansas City.

The Lions are also one of three teams who could be featured on HBO’s “Hard Knocks” series next season.

These Greater Lansing women are sturdy, passionate and inspiring