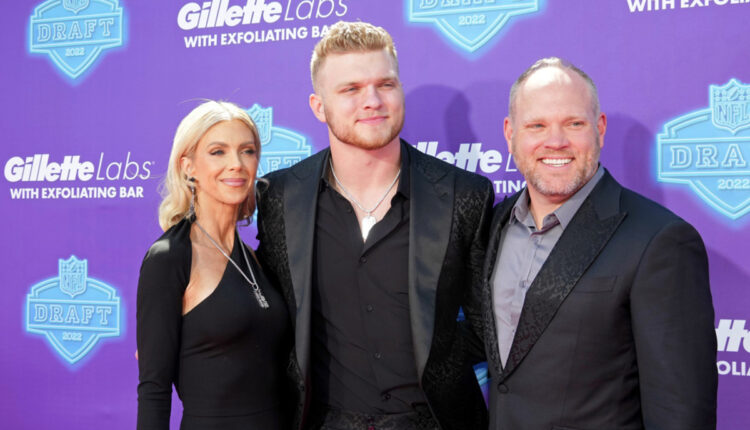 She will represent the State of Michigan at the Miss USA pageant set to take place later this year.

Hutchinson, 23, was crowned after advancing past 77 candidates at the McMorran Entertainment Center in Port Huron.

According to the Detroit News, “A Plymouth native from a football family was crowned Miss Michigan on Saturday. Hutchinson graduated from the University of Michigan in 2021 with a degree in neuroscience, joining ScribeAmerica as a medical scribe in July.”

Aidan and Aria’s father, Chris Hutchinson, signed as a free agent with the Cleveland Browns after playing football collegiately at Michigan. Unfortunately, Hutchinson was forced to retire from playing after developing complications from a tetanus shot.

the no 2 overall pick in this year’s draft has often light-heartedly joked about being able to advance his career further than his father.

“I’m starting to get into territory that my dad hasn’t even been in. We’re starting to get a little foreign here for him. I’m going to have to navigate this one on my own for a little bit,” Hutchinson said at his introductory media session in Detroit. “All of this has been happening so almost, we haven’t really gotten the chance to talk about the future or anything. We’ve just been embracing it. We’ve just been embracing the moment.”

After finding out about the pageant victory, fans took to social media to share just how “elite” the Hutchinson family genes actually are.

Here is a sample of the reaction online.