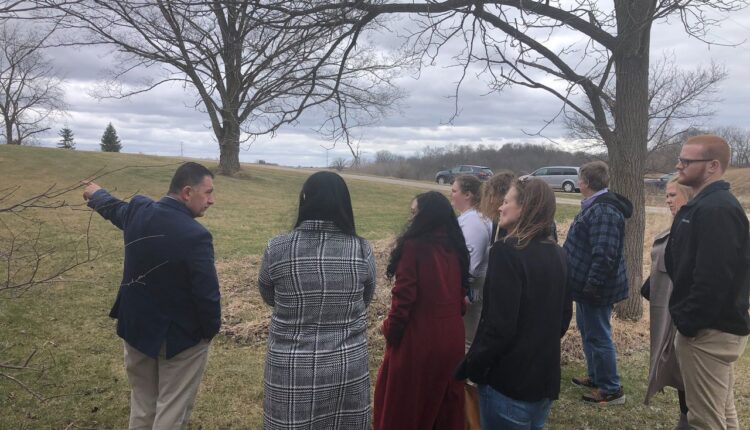 EAST LANSING, MI – It reads like a TV crime show — a pair of criminal justice professors work with a group of students and police to solve old cold murder cases.

But this is not fiction for this Michigan State University course. It’s true crime.

Karen Holt and Allison Rojek of the MSU Criminal Justice program are leading a handful of students sifting through files on cold cases with Michigan State Police and local investigators. Their first case is the 1981 murder of Mary Alice Ellicott in Saline.

The genesis of the “Cold Case Investigations” class started in spring 2020 with MSP 1st District Det. Sgt. Larry Rothman searching thousands of old files to find a cold case to reopen. At the same time, retired Saline police officers Don Terry and Sandy Wood were cleaning out their own department’s files to make room for a gym.

The timing was perfect, Rothman said.

“We had retired detectives that were familiar with the case, and we did have some physical evidence that we were able to send to the forensics lab,” he said. “So that’s really why we chose Mary’s case.”

Ellicott, 29, was reported missing to the Saline Police Department on Oct. 14, 1981 by a friend who had not seen her in some time, police said. Witnesses at the time reported last seeing Ellicott leaving the Polar Bear Bar, now known as Thompson Bar and Grill, 10655 W. Michigan Ave., at about 6 or 7 pm on Oct. 11 before disappearing, police said.

Her body was found in a grassy field on Oct. 24 a mile and half away from the bar, police said.

The Michigan State Police First District Cold Case Team announced Tuesday, March 16, it has reopened the investigation of the death of Mary Alice Ellicott who disappeared in October 1981 and was found slain in a grassy field more than a week after being reported missing.

After Rothman and local detectives recently connected on the case, they determined they needed help organizing and indexing around 1,700 pages of files. Rothman reached out to Holt and Rojek for some extra manpower.

“We started a review team that initially was just us and some graduate students,” Holt said. “As we were working through the case, we thought this would be a really great opportunity for our undergraduate students, as well, because so many of them are interested in careers in law enforcement. Plus, a lot of them watch true crime.”

By April 2020, the first class was formed. The course evolved into an independent study with a few more students by spring 2022, Rojek said, but the demand for the course and help working through files continues to grow.

“In the case, we’re actually going to run it as an internship, which allows us the opportunity to bring in ideally 10 students,” Rojek said. “The students will have even more access and even more time with the cases and the detectives for the required nine hours a week.”

Holt, Rojek, Rothman and MSP Trooper Ronnie Evans are looking for a variety of skills in students of various disciplines outside criminal justice, such as creative and critical thinking, inquisitiveness, persistence, nosiness and drive.

For the Ellicott case, Holt and Rojek are also emphasizing empathy. They try to instill in their students a mindset that Ellicott was not just a victim on a police report, but a living, breathing person, Holt said.

“She was a survivor,” Holt said. “She had some pretty traumatic experiences in her life, but she was always focused on moving forward, starting over, and that’s why she moved to Saline to kind of start fresh.”

The class took a field trip last month to Thompson Bar and Grill, making the case even more personal for Holt, Rojek and the students.

“It really brought the case to life,” Holt said. “It was just an amazing experience that showed what it would be like if you’re working on a case and actually going and meeting the people who knew the victim or who opened the initial investigation and seeing the actual crime scene.”

Students in the class now feel closer to Ellicott and her story, Holt said.

“When we looked at the police report, we learned about all those risk factors that made her the perfect homicide victim,” Holt said. “But when we started digging a little more, we found out right up until her death, she was a fighter.”

MSP officially reopened the case in March 2021, almost a year after the MSU collaboration started. This multi-faceted approach has yielded results, as one suspect has been eliminated and police are close to eliminating a second.

For Holt, the collaboration is about making it easier for detectives.

“We’re just getting the cases in pristine order at this point, so that if we needed to hand it off to another investigator at some point, it would be very easy for someone else to pick up the case and make sense of it, she said.

The group’s case load is also growing, as MSP has 54 potential cold cases that could see assistance from MSU students. For Holt and Rojek, this is better than a TV script.

“It’s almost like it’s gonna be an HBO show at some point where the two young academics pull detectives into the one case no one could solve,” Holt quipped.