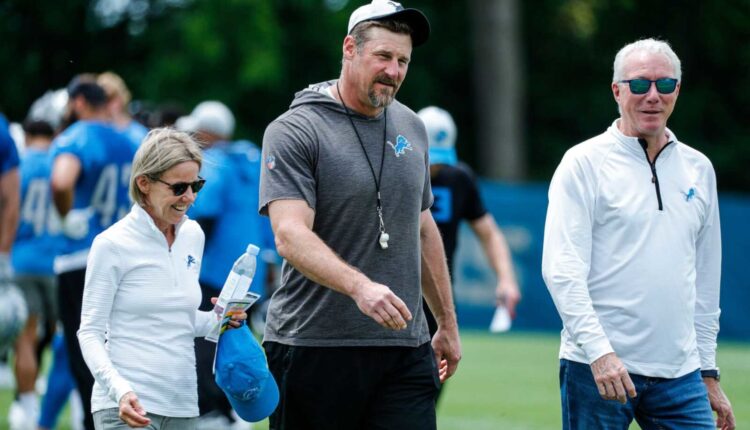 NFL training camps are about a month away from starting, and when the Detroit Lions will report to Allen Park has been announced.

NFL training camps will start in July as usual. Tom Pelissero of NFL Network released the list of player report days for all 32 teams on Thursday. So when will the Detroit Lions descend back on Allen Park?

Lions’ rookies will report to camp on Saturday, July 23, with veterans slated to report on Tuesday, July 26. That likely means the first full-team practice will be on Wednesday, July 27.

Lions rookies will report for camp on July 23, veterans on July 26. First practice likely on July 27.

The Lions have not yet announced all training camp dates, or which practices will be open to the public. Those specifics should come pretty soon. Last year, according to Pride of Detroit, with COVID protocols loosened, 11 practices were open to the public at the facility in Allen Park. One scrimmage at Ford Field was also open to fans.

Detroit Lions training camp should be normal, with something extra

With the NFL removing COVID protocols almost completely, 2022 training camps should pretty much look like camps did pre-pandemic.

Of course Lions training camp will have an extra layer uniquely its own this year. The team will be the subject of HBO’s “Hard Knocks”, which will premier on Aug. 9. The list of Lions’ coaches and players in line to become must-see tv is long.

So as June moves toward July, the countdown to the start of Lions’ training camp and the launch of the 2022 season can begin.