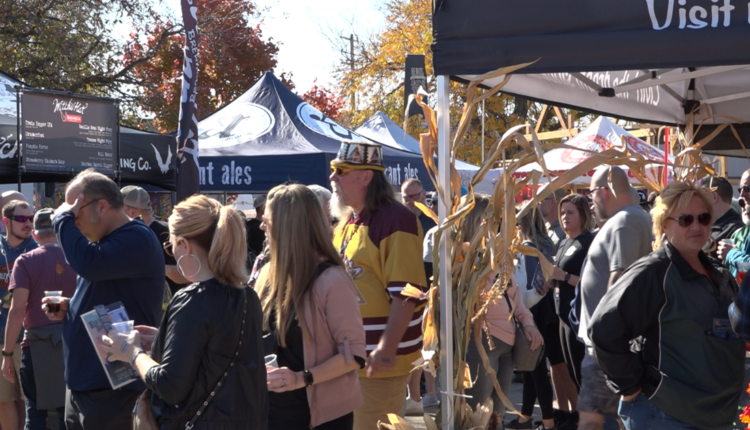 Graham says the comradery among craft beer drinkers is unmatched. The festival returns to Eastern Market where breweries across the entire state of Michigan show up to show beer connoisseurs what they’re all about.

Victor Lambert has been a Michigan Brewers Guild Enthusiast Member since 2002, giving him decades of experience in beer festivals. You can normally catch him and his megaphone towards the entry gates, counting down the moments before entry is allowed.

“I welcome everyone in with a megaphone. Every festival. Every year and everyone is so happy and appreciative of these type of events for Michigan beer,” Lambert said.

Lambert says beer festivals like this reveal “timed beers”, or beers that you are not able to find at your local store. Small breweries who don’t distribute publicly also make an appearance at festivals like the Detroit Fall Beer Festival to provide beer lovers the opportunity to try something new.

“Having those small breweries paired with familiar big name craft brands, Lambert says adds to the experience that is a Michigan beer festival,” Lambert said.

“It really is a fun welcome time for people to get together and spend time together and socialize over a beer,” Graham concluded.

Luke Laster joined the CBS News Detroit team in August of 2022, and for this Marine City native, it’s a return home.