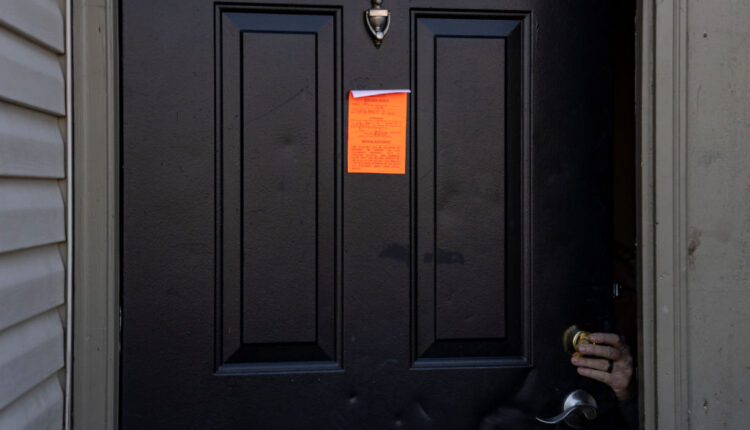 The Detroit City Council this week approved “a historic” measure that will provide lower-income residents with free legal representation when facing eviction.

The right-to-counsel ordinance passed 9-0 on Tuesday, and Mayor Mike Duggan’s administration endorsed it.

“I believe this is about stabilizing our neighborhoods, it’s about protecting our most vulnerable,” Council President Mary Sheffield, who introduced the measure, said during the meeting. “It’s a historic day in Detroit. It really is — to be able to provide free counsel for our low-income families that are facing eviction. … This is an issue that all of us have united on.”

The ordinance is intended to help tenants who are victimized by predatory landlords. About 52% of Detroiters are renters, a rate that has been increasing for decades.

With more than 80% of Detroit’s residents considered low-income, many tenants can’t afford an attorney. Some tenants also have been scammed by fake landlords who rent homes they don’t own.

“An individual should not have to go into court, try and figure out a system that they don’t know, and not have any support,” Tonya Myers Phillips, an attorney with the Detroit Right to Counsel Coalition, recently told Metro Times. “So we’re saying that the city of Detroit should provide a right to legal representation and provide funding support for that right, so thousands of Detroiters facing housing insecurity in the 36th district court, they have a fair day in court and their rights are protected and defended.”

At the meeting Tuesday, Phillips urged the council to approve the “critically important” ordinance.

“Today is the day we can start a new chapter in our Detroit history and put forth systemic change to ensure that we are protecting our most vulnerable residents in the city of Detroit,” Phillips said. “Let’s get relief to thousand of families that are hurting, that are afraid, and that need full legal representation and robust community outreach.”

Some advocates of right-to-counsel said the city hasn’t gone far enough, citing funding concerns. The city will use $6 million in federal American Rescue Plan funds to pay for attorneys in the first year. Advocates said the city would likely need more than $15 million a year.

“Although the passage of this ordinance in Detroit is groundbreaking, make no mistake, we are not at our destination,” Branden Snyder, co-executive of Detroit Action, a nonprofit that empowers workers and people of color, said in a statement. “To solve the housing and eviction crisis in Detroit, we need to fully fund the Right to Counsel. The current offer is an inadequate attempt to appease the general public without spending nearly enough money to make a long-lasting difference in our city. Partial funding gives an illusion of stability, but it does not set low-income Detroiters up for long standing success. That is why we will continue to organize until Right to Counsel is fully funded.”

More than two dozen advocates of the right-to-counsel spoke in favor of the ordinance Tuesday.

“A right to legal counsel for our Detroit families facing evictions is a moral crisis, and our families are bearing the cost,” Charles Thomas, a clergy leader for People of Purpose Ministries, told council members. “Our children are being uprooted during their school year, our elders are being put out during their golden years. Young people just starting out are being preyed upon by predatory landlords. Instead of building for their future, they are fighting for survival.”

Beau Brieske’s stuff has the potential to play