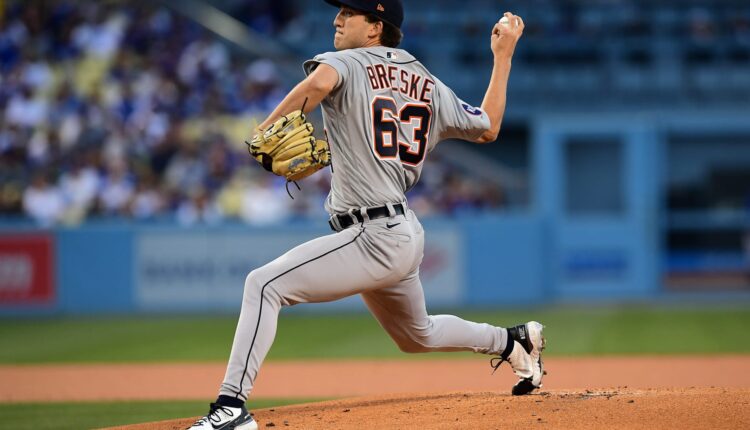 Beau Brieske’s stuff has the potential to play

The Detroit Tigers 2022 season has not gotten off to the start that many would have been hoping for. When it comes to the team’s starting rotation, things have not been too great either. The Tigers have seen some of their arms find themselves on the Injured List (IL) quite early.

However, the Detroit Tigers have been able to get some innings eaten up in the rotation from an unlikely source. It’s been Beau Brieske who was listed as the team’s 22nd best prospect coming into the 2022 season.

Though he has only made three starts with the Tigers, he has been able to fill in and learn plenty in his appearances. After only reaching Double-A at the highest in 2021, Brieske’s big-league promotion is his debut.

Brieske’s got stuff that appears it will play. He’s been working things out as he goes and kind of developing on the fly. A recent article on the Detroit News website by Chris McCosky shows how Brieske has been working through each start and figuring out the best ways to attack the opposition.

In Brieske’s case, it’s going to take time. It will be something that requires him to learn on the fly and figure things out. It’s not going to be the most precious of stats or the perfect performance, but as he picks things up, the Tigers should be able to see growth.

Brieske has made three starts in 2022, where he has pitched to a 4.20 ERA and a 1.20 WHIP over 15.0 innings pitched for the Tigers. He’s added seven walks and nine strikeouts to his credit as well.

The 24-year-old starting pitcher has a three-pitch mix to his credit that is predominantly a fastball-changeup medley. He works up into the mid-90s on the fastball, which averages a 2356 RPM spin rate, which is more than both of his breaking ball offerings shown on his Baseball Savant page.

Brieske’s off-speed offerings need some work. They are not at the top of the league’s caliber or anything super overpowering. The thing with Brieske is that he is getting a “thrown into the fire” type of experience.

It may not be a permanent role or one that lasts for the duration of the month even, but Brieske is going to garner a lot from this opportunity to join the Tigers’ rotation. The Tigers have the potential to breed another big-league arm in Brieske, and this experience is going to prove to be very beneficial.