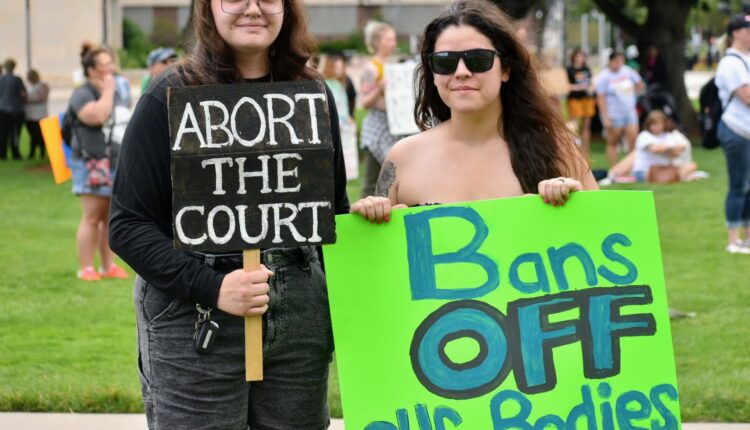 After hearing oral arguments Wednesday in a case where some Republican county prosecutors argue they are exempt from the injunction on the state’s 1931 abortion ban, a Circuit Court judge ruled to keep a restraining order on the law in place.

This comes after a flurry of judicial action this week.

The state Court of Appeals ruled Monday that county prosecutors are exempt from the injunction placed on the 1931 abortion ban by Court of Claims Judge Elizabeth Gleicher.

Circuit Judge Jacob Cunningham then granted that request on Monday.

Michigan’s 1931 abortion ban, which prohibits doctors from performing any abortions except to save the life of the “pregnant woman,” has been blocked since May when Gleicher issued the injunction while a Planned Parenthood lawsuit was in litigation.The injunction is the only thing protecting abortion access in the state after the U.S. Supreme Court overturned Roe v. Wade on June 24.

Attorney David Kallman, representing prosecutors who want an abortion ban in Michigan, argued that the restraining order is improper because the TRO was granted on the basis of a “non-existent constitutional right.”

“The opposing counsel says we need to lean on stare decisis, when the U.S. Supreme Court overturned 50 years of precedent in its decision on Dobbs and brings that into this court here today,” Hollowell said.

Hollowell also argued that lifting the TRO would create chaos and confusion for health care systems that span over multiple counties.

“Those counties have different prosecutors who may have very different ideas as to what their authority is or is not,” Hollowell said. “… We simply cannot take the chance that a rogue county prosecutor will take matters into their own hands, most particularly when this involves a woman’s fundamental right to choose. And when this has a particularly disparate impact on poor women and women of color, the standard for irreparable harm to the public interest is palpably demonstrated.”

Eli Savit, the Democratic Washtenaw County prosecutor, argued that to their knowledge there is no other case in which the attorney general was constitutionally barred from enforcing a law, but the 83 individual county prosecutors were not.

Oakland County Prosecutor Karen McDonald argued that lifting the TRO would cause chaos and confusion for pregnant people.

“I’m concerned about my 12-year-old rape victim that won’t know whether or not she can go to a medical professional and end that pregnancy because it was a result of rape,” McDonald argued. “It’s affecting a very vulnerable population and women everywhere. And while I’m very concerned about medical professionals, the real issue here is we need to give stability and safety to women in this state, that they know what the state of the law is because it’s their bodies.” Democratic Attorney General Dana Nessel said in a statement after the court ruled Wednesday that her department “will continue to pursue all legal options to ensure reproductive healthcare remains available in our state.”

Cunningham asked Kallman what the “irreparable harm” is for the county prosecutors who want to uphold the 1931 abortion ban but can’t with the TRO in place.

“As far as any harm to my clients, failure to follow the law is the harm not only to my clients, that’s a harm to every citizen in the state of Michigan,” Kallman said. “I think all prosecutors would take the position that they’re there to enforce the law as they see fit, and that if they believe it’s a valid law, that it’s their job to enforce that law.”

The court will hold a hearing on a preliminary injunction on Aug. 17.

No Black Democrats survived races for Congress: What it means for Detroit