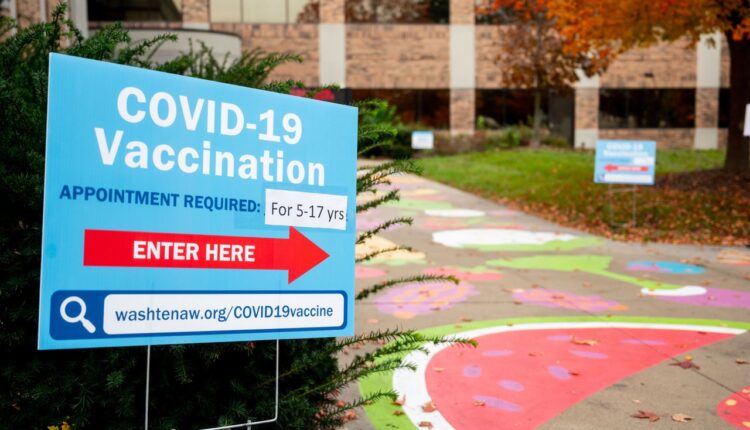 On the flipside, at least 11%, or some 147 employees, reported skipping the shot, according to the figures current as of Monday, Feb. 14.

The numbers are incomplete, with 5% of the county’s regular workforce not submitting their vaccination status.

While the employee vaccination rate is an “incredible number” — some 19 percentage points higher than in county’s population as a whole — “it is not where we want to be or where we need to be,” County Administrator Gregory Dill said at a Wednesday county board meeting.

The board last year OK’d a strict vaccination mandate for all employees, after several county commissioners pushed for the measure, citing similar rules instituted by the City of Ann Arbor and University of Michigan.

But as MLive/The Ann Arbor News requested the vaccination data, which covers employees working in the Washtenaw County Sheriff’s Office, county parks, Health Department and other offices, the implementation of those rules continued to be delayed.

County officials are still negotiating with four labor unions, covering Sheriff’s Office and courts employees, that haven’t been willing to approve the mandates for their members, according to Deputy County Administrator Diane Heidt.

Another 14 labor units representing county employees haven’t formally signed off on the policy, but the county has negotiated with them and reached verbal agreements on the rules, Heidt said.

The vaccination data released on Wednesday also include separate figures for some 742 temporary county employees. But among that group, 62% haven’t responded to requests for vaccination status, which could be because many work seasonally, according to the deputy administrator.

At least 56% of regular employees have received a booster shot in addition to their primary vaccination series, the figures show.

The county originally planned to institute a rule requiring unvaccinated employees to get tested for COVID weekly, according to the policy OK’d in December. The effective date for that measure was set to be timed with the Biden administration’s vaccination rules for large employers.

But in mid-January, the US Supreme Court blocked those rules from going into effect.

The implementation phase for Washtenaw County’s vaccination policy is now still in a holding pattern as negotiations with the labor units continue, Heidt said on Friday, Feb. 18.

As for the 65 regular employees who haven’t responded to requests to report their vaccination status, Heidt said the county will continue to reach out to them.

More from The Ann Arbor News: