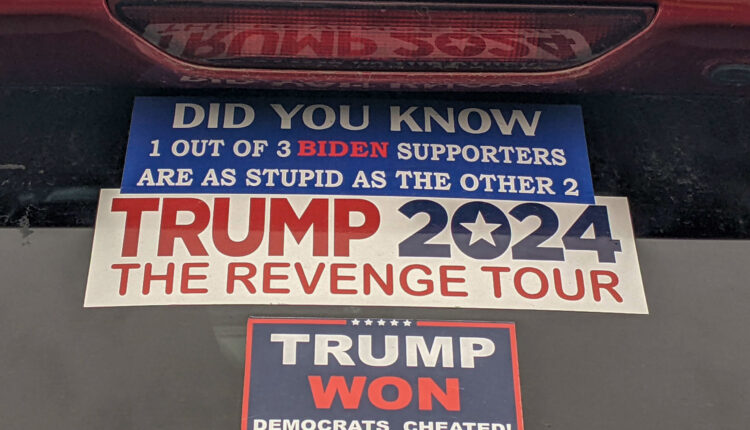 As 2022 election looms, Republicans file suit in Michigan to redo the 2020 election   ⋆

A municipal clerk in West Michigan who is alleged to have improperly provided a voting tabulator as part of a bogus election investigation is now among a group seeking to decertify the 2020 election and “rerun” it “as soon as possible.”

There were similar unsuccessful efforts across the country following the 2020 election that former President Donald Trump lost to President Joe Biden. This case was filed about eight weeks before the Nov. 8 midterm election.

Also listed as plaintiffs in the suit are the Macomb County Republican Party, a nonprofit group called the Election Integrity Fund and Force, and Donna Brandenberg, who is currently the U.S. Taxpayers Party gubernatorial nominee after being tossed off the Republican primary ballot in a fraudulent petition signature scandal.

The Michigan Attorney General’s Office filed a petition last month alleging that Olson was one of four clerks who were persuaded to turn over tabulators as part of an election fraud investigation being conducted by Barry County Sheriff Dar Leaf.

Leaf was one of nine individuals named in the petition seeking a special prosecutor to look into whether third parties gained unauthorized access to, and then tampered with, election equipment and data after the 2020 election.

While neither Olson nor the other three clerks were referred for potential charges, the AG’s office did note that municipal clerks had a “legal obligation to safeguard election equipment” and could face a five-year felony for failing to do so.

A previous lawsuit that sought to overturn the results of Michigan’s presidential election was rejected in August of 2021 by U.S. District Court for the Eastern District of Michigan Judge Linda Parker, who wrote that the lawsuit “represents a historic and profound abuse of the judicial process” and “should never have been filed.”

Persistent attempts to undermine the results of the 2020 election have come despite more than 250 state and local audits that confirmed Biden won by more than 154,000 votes over Trump.

Additionally, a GOP-led Michigan Senate Oversight Committee report concluded there was no widespread evidence of voter fraud, despite continued right-wing claims to the contrary.

When asked by for comment on the lawsuit, Aneta Kiersnowski Crisp, spokesperson for Michigan Secretary of State Jocelyn Benson, said they had not been served the suit yet, precluding them from providing a direct response.

“But we do want to remind Michigan citizens that meritless lawsuits have been used to gain media attention and mislead citizens by spreading election misinformation,” she said. “The 2020 election was the most scrutinized election in state history and more than 250 audits, the State Senate Oversight Committee and the state’s Auditor General all affirmed the integrity and accuracy of the election.”

Start Off Detroit Design Month with a Visit to LoveITDetroit