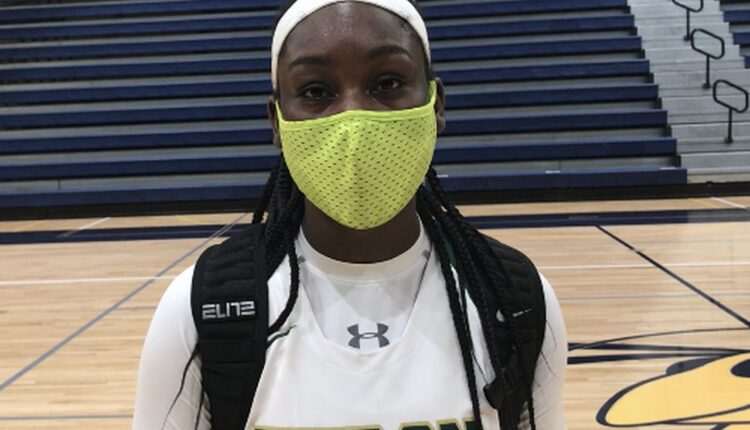 ANN ARBOR – Jordan Wright was tired but refused to leave.

Even after playing the entire regulation plus two hours of overtime, Ann Arbor Huron’s Junior Guard was able to lead the River Rats past Ypsilanti Lincoln 59-58 at Saline High School’s Division 1 district kick-off on Monday.

Wright finished the game with 38 points when Huron reached the semifinals where he will face Saline # 1 on Wednesday.

“We didn’t want to go home,” said Wright after the game. “We had a lot of heart, we had a lot of struggle and when everyone has positive energy, nobody gives up. You just feed on it, so you want to keep fighting. It was a very tough fight and a fight to the end and I think we just did it. “

Huron followed 45-43 with 18 seconds remaining in regulation when Wright knocked down a 3-pointer to give the River Rats a 46-45 advantage.

Lincoln was able to combine one of two free throws two seconds before the end to send the game into overtime.

Wright made it big again in the two overtime hours when she had eight seconds left in the first overtime and scored 10 points between the two additional quarters.

But one of her biggest games came when she grabbed a crucial offensive rebound at 6.3 seconds to play in the second OT, with Huron clinging to a 59-58 lead.

Wright missed the following two fouls by 2.1 seconds, but the previous offensive rebound allowed Huron to burn enough clock that Lincoln had no chance of firing a game-winning shot.

For Wright, who moved from Wayne Memorial to Huron this year, securing victory in a difficult season for the River Rats gave the squad a boost to Wednesday’s semi-final game.

“I don’t even know how to describe it,” Wright said of the game. “Everyone was tired, the whole team was puffing and puffing, we wanted to fetch water, but we’re still fighting. We were still happy and joyful, that made it better. “

Huron improved to 3-11 overall with two wins against the Railsplitter, who ended their season 2-13.

It’s time to win or go home and the Ann Arbor Pioneer girls’ basketball team took that to heart on Monday.

The pioneers opened the division 1 district tournament with a convincing 58:28 win over Ypsilanti at Saline High School.

Pioneer improved to 12: 2 and will meet Belleville (10: 2) in Saline in the semi-finals on Wednesday.

It didn’t take long for Pioneer to pull back as they built a 23-6 lead at half time and expanded their lead to 30 at the second half to move forward.

Lauren DeWolf finished 17 points ahead of Pioneer, followed by 14 points from Alexis Clark and 13 points from Kayla Covington. Mya Hicks added eight points for the pioneers.

Ypsilanti was brought up to speed by Caprice Augustine, who finished her high school career with 21 game points. The Grizzlies ended the season at 6-8am.

Dexter blows past Pinckney at the District Opener

For the second year running, Dexter opened the postseason with a one-sided victory over Pinckney.

The Dreadnaughts drove past Pinckney 68-27 to move on to the D1 District semi-final game against Brighton (13-3) on Wednesday at Ann Arbor Skyline High School.

After taking the 17-10 lead in the second quarter, the Dreadnaughts parted ways, leaving Pinckney 19-6 behind to take a 20-point lead at halftime on the road to victory.

Dexter celebrated his third win against the Pirates this season, with all three wins being double digits.

Four Dreadnaughts scored more than 10 points, led by Alayna Babut who finished with 20 game points, while Sydney Pnacek finished with 12 points and Chole Perry and Shannon Schoch each scored 10 points.

Pinckney finished his season with a record of 1-10.

Predictions for Girls in the Ann Arbor Basketball District