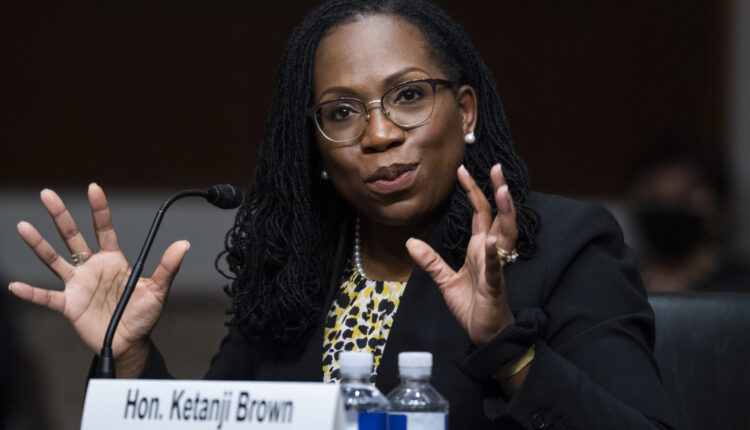 A top candidate for the U.S. Supreme Court has roots in Miami ⋆

WASHINGTON — With the retirement of U.S. Supreme Court Justice Stephen Breyer by this summer, President Joe Biden has said he will fulfill a campaign promise of appointing a Black woman to an open seat on the highest court in the land.

A top contender, who was even vetted by the Obama administration in 2016 as a potential nominee to the Supreme Court, is Judge Ketanji Brown Jackson, who serves on the U.S. Court of Appeals for the D.C. Circuit.

Born in Washington, D.C., she grew up in Miami, where she graduated from Miami Palmetto Senior High School before going on to Harvard College and Harvard Law School.

Biden said on Thursday that he plans to announce a nominee by the end of February. Only two African Americans — Justices Thurgood Marshall and Clarence Thomas — and one woman of color, Justice Sonia Sotomayor, have served on the court.

Some other possible front-runners include 45-year-old California Supreme Court Justice Leondra Kruger, and Georgia U.S. District Court Judge Leslie Abrams Gardner, who is 47 and the sister of Stacey Abrams, who is running for governor in Georgia.

Before Biden came into office, only eight of the nearly 300 sitting federal appellate judges were Black women, according to the Federal Judicial Center.

So far, the president has nominated eight Black women to the 13 U.S. Courts of Appeals, and if they are all confirmed, it would bring the number of Black women confirmed to federal appellate courts to 16.

Jackson was on President Barack Obama’s short list for a Supreme Court pick in 2016 after Justice Antonin Scalia died in February of that year.

Multiple media outlets reported that she was considered by the Obama administration, but Judge Merrick Garland was eventually nominated.

However, Mitch McConnell, at that time the Senate majority leader, blocked Garland, arguing that a new Supreme Court justice should not be picked during a presidential election year.

Garland later was selected by the Biden administration to serve as U.S. Attorney General.

Jackson, 51, was confirmed by 50 Senate Democrats and three Republicans last year for her current position.

“She represents the best of the judiciary,” Sen. Dick Durbin, chairman of the Judiciary Committee, said during her 2021 confirmation hearing for the appeals seat.

“Humble, hard-working, she has written nearly 600 opinions, and each of them is guided by the same principles: fairness, impartiality, even handedness, and an unyielding fidelity to the law,” he said.

Jackson also has her own ties to Washington politics. Her husband, Patrick Jackson, is the twin brother of former House Speaker Paul Ryan’s brother-in-law, William Jackson. Ryan is a Wisconsin Republican.

When Jackson was nominated in 2012 to the U.S. District Court for the District of Columbia, referred to as the second-highest court in the country, Ryan testified on her behalf, giving her his “unequivocal” support.

“Our politics may differ, but my praise for Ketanji’s intellect, for her character, for her integrity is unequivocal,” he said during her December 2012 confirmation hearing.

Jackson’s parents both started out as public school teachers. Her father, Johnny Brown, later became an attorney for the Miami-Dade School Board, and her mother, Ellery Brown, became the principal at New World School of the Arts, a public high school with a magnet program.

After law school, Jackson worked in private practice and as a public defender, and served as a law clerk to three judges — including Breyer.

She also was confirmed by Congress in 2009 to serve as vice chair of the United States Sentencing Commission from 2010 to 2014, a time during which the commission reduced sentences for many crack cocaine offenses.

During her confirmation hearing for that post, she said she would make it a priority to research racial disparities that result from crack cocaine sentences.

“That’s part of the role of the commission in setting federal sentencing policy, and it’s certainly something that I know — that at least with respect to crack and the crack/powder disparity, the commission has looked at and was very forward-thinking about addressing that particular disparity,” she said.

While serving as a U.S. District Court judge in D.C., Jackson worked on several high-profile cases.

“Stated simply, the primary takeaway from the past 250 years of recorded American history is that Presidents are not kings,” she wrote. “They do not have subjects bound by loyalty or blood whose identity they are entitled to control.”

She also ruled in February that a defendant, Christopher Grider, in the Jan. 6 insurrection at the U.S. Capitol could be released on bond pending trial.

Grider is one of dozens of defendants in that case, identified by the Associated Press, who argue that they did not mean to storm the Capitol and were simply “caught up” in the crowd.

“Make no mistake, Mr. Grider, you did participate,” she said. “You did have a role in one of the most egregious assaults on our democracy in the history of this country.”