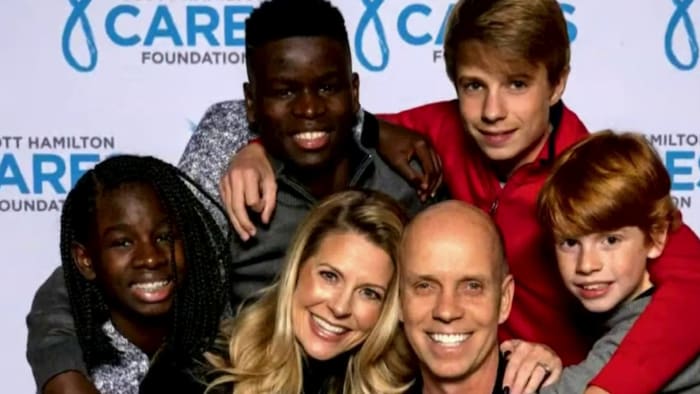 A former Olympian returns to Detroit to spread awareness about adoption

Scott Hamilton, an Olympic gold medalist and cancer survivor, is returning to Detroit to help spread awareness about adoption and raise money for a local organization that helps children find their forever homes.

The former Olympian is on a mission to spread the word about adoption.

He teamed up with the social service agency, Samaritas, to share his story to inspire others to think about adoption.

Hamilton was adopted at six weeks old and says it formed the foundation of who he would ultimately become.

Not only was he himself adopted, but after multiple brain tumors and having two children with his wife, the couple adopted two older children from Hati.

“We’ve been so extraordinarily blessed, how can we not share this blessing with two children that we adored, that didn’t really have a trajectory because of where they were living and under the circumstances in which they were living?” said Hamilton.

Samaritas raised a little more than $290,000 at their most recent event in Grand Rapids. Their goal is to top that next week here in Detroit by raising at least $300,000.

To learn more about Samaritas, visit their website by clicking here.

Watch the full story in the video player above.