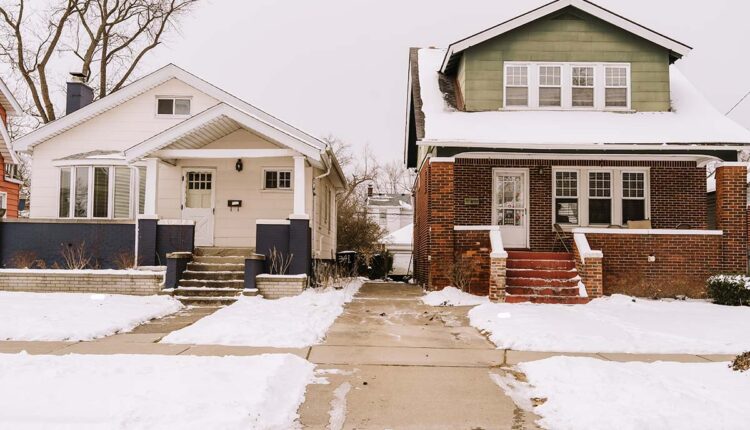 Michigan homeowners behind on their mortgages and utilities can now apply to a new statewide program to help them stay in their homes.

But unlike other programs and safety nets created to help homeowners and renters hurt economically during the COVID-19 pandemic, this program will also assist those with land contract homes who had limited aid during the health crisis.

Income eligible homeowners can apply to the Michigan Homeowner Assistance Fund for up to $25,000 per household through the program made possible by $242.8 million in federal COVID-19 pandemic recovery funding.

“We’ll be able to stop foreclosures,”  Mary Townley, director of homeownership at the Michigan State Housing Development Authority, said of the program the authority is administering.

“If we continue to allow foreclosures to take place due to the homeowners’ inability to make their payments due to COVID, our neighborhoods and our communities will continue to decline. The goal is to keep a family in their home.”

‘I put everything I’ve had into this’

The launch is welcome news for Detroiter Ashanti Whitt.

In 2019, after the death of his middle son  and then getting sick himself,  Whitt started falling behind on payments for his home that he purchased through a land contract. Then the pandemic began, forcing him out of work as a barber for a few months. That only put him farther behind.

When he was able to go back to work, he estimates he lost roughly 70% of his clients. They’re slowly coming back, but “it’s been a trickle.”

“If it wasn’t for the pandemic, I probably would have (been) able to catch up, keep everything, make those payments on time,” Whitt, 49, said.

He hopes the new program will help him finally catch up. Then, he can pay off the remaining balance on the home and own it.

“I’ll do whatever I have to do to not lose my home. … I just got to stay focused and keep working and keep my nose to the grindstone and I just tell myself that every day, I say, I’m not going to lose it. I put too much into it, like I put everything I’ve had into this,” he said.

Whitt bought his home in 2017 as a “shell.” The gutters were falling apart and there were holes in the ceiling, he said. The house didn’t have a furnace, electrical box, or plumbing.

Land contracts are a nontraditional way to buy a home over time directly from the owner. They are used by buyers who may not qualify for a traditional mortgage. Critics say these types of agreements can be predatory, especially for low-income and first-time buyers. Researchers have found that land contracts have high interest rates, leading to high rates of default, then eviction.

It’s difficult to pin down how prevalent land contract agreements are, but researchers have found them most common in struggling urban markets, such as in the Midwest and Southeast. There were nearly 35,000 land contracts in Wayne, Oakland and Macomb counties between 2005 and 2016, according to a 2019 report by the Joint Center for Housing Studies of Harvard University.

Experts have said that land contract buyers fell through the cracks for aid in the pandemic, compared to renters and other homeowners who had federal assistance to keep them afloat.

“We can assist homeowners that have purchased the home on a land contract. In previous programs, we were restricted and we couldn’t help them. With this program we can,” Townley said.

The program also can help those behind on other types of home payments, including mortgages, property taxes, condominium fees, mobile home park lot payments, gas, electricity, water, and internet bills.

The funds — approved by the U.S. Treasury Department in December — can assist 8,300 homeowners with the maximum amount. However, Townley estimates that about 13,000 households could wind up getting the aid.

“Based on the great need in the state of Michigan, and the amount of funding that we’re receiving, we expect to be out of money within the next three years,” although the Treasury has told states the program ends September 2026, Townley said.

The state Legislature has approved half of the funds and the remaining $121 million or so must also be signed off by lawmakers.

The Wayne County Treasurer’s Office is expected to resume all tax foreclosures this year, and Treasurer Eric Sabree has said that taxpayers should apply to the state’s new program.

More than a million Michiganders, from Dec. 29 to Jan. 10, indicated they were unable to pay a full energy bill in the past year, according to the U.S. Census Bureau’s Household Pulse Survey.

The program can provide significant relief for those who can access it in time, said Marilyn Mullane, attorney director of Michigan Legal Services.

There are land contract purchasers in court over forfeiture proceedings “trying desperately to pull together the money to redeem, to catch up the payments, so that they can keep their homes,” she said. Checks need to go out on time.

Ted Phillips, executive director of the Detroit-based United Community Housing Coalition, said he’s hopeful the program will hit the ground running quickly because there are many people out there who could lose their homes “if action isn’t taken fairly quickly.”

There needs to be coordination with the legal services community and those on the ground to get homeowners the help they need, he said.

“Homeowners are often anchors in neighborhoods, and particularly in low income communities where there is a mix of rental and homeowner housing, and it’s just critical to get this program moving and to be able to get the payments out on time,” Mullane said.

That’s the case for Whitt.

Aside from the birth of his sons, buying his own home, for the first time, was the best feeling he’s ever had, he said. It’s a legacy he wants to leave behind for his boys, who are 14 and 23 years old.

“For me, it’s just plain and simple: it would help me keep my house,” he said about the program. “For me to be so close to owning it outright and given the title, it would mean everything.”

Here’s a run down of what to know about the program:

The property must be owner-occupied and those who apply can’t have an income beyond 150% of the area median income. In Wayne County, that translates to a two-person household making $96,000.

Applicants must upload documents, such as IDs and paystubs, a copy of delinquent bills, and an “attestation form” explaining their pandemic-related financial hardship.

The maximum amount a household can get is $25,000. A person who is behind on their land contract payments but also their utilities and property taxes can get help for all three of those delinquencies.

How long will it take to get grants?

MSHDA expects it to take no more than 30 days for funds to land after an application is submitted, Townley said.

However, the program will prioritize cases of applicants at most risk of losing their homes.

“We’ll look at those individuals that hit our queue first, prioritizing the ones that tell us that they’re nearing a foreclosure or eviction on a land contract,” Townley said.

For more information and to submit an application go to Michigan.gov/MIHAF. Call 844-756-4423 for additional help.

authored by
First published at https%3A%2F%2Fwww.bridgedetroit.com%2F243m-fund-to-help-michiganders-stay-in-homes-will-include-those-with-land-contracts%2F

An Irish View Of The Mitten State