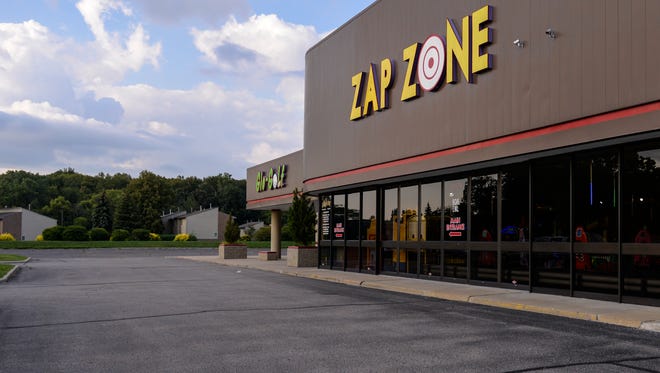 DELTA TWP. – The incoming owners of property currently occupied by Zap Zone, an indoor amusement center, have plans to invest more than $5 million to turn the existing building and space around it into a large self-storage facility with space for recreational vehicle parking.

As that project moves ahead, Zap Zone will leave the building on Mall Drive East and move to a now-vacant building in the Lansing Mall, said Jacob Rosberg, an associate with Cohn Commercial Properties. The agency is representing Zap Zone in the sale of its current building, he said.

Rosberg said the business, which offers laser tag and arcade games in its current space, plans to move less than a mile away to occupy an anchor tenant space that was previously home to Younkers, which closed more than two years ago.

Look Self Storage co-owner Tom Lapham said the facility planned for the property off Mall Drive East will be the company’s third. The others are located in Highland and South Lyon.

When Look Self Storage of Lansing is finished, it will offer about 120,000 square feet of storage and recreational vehicle parking, Lapham said.

Construction could start this summer

On Monday, township officials approved a special land use permit for the Look Self Storage facility.

Lapham said the township is the right spot for his company’s next facility.

“With what’s going on over in Delta Township, the EV battery plant going in, Amazon and Meijer, it’s growing over there,” he said.

When it opens, the business could offer about 700 non-climate controlled storage units and up to 300 climate-controlled units inside the existing building.

Construction at the site likely will begin sometime this summer, Lapham said, and will be completed in two phases.

Zap Zone will continue to operate in the existing building during the first phase of work at the property, Lapham said.

“We’ll just fence off the parking lot for them,” he said.

The existing building will be renovated into storage units after Zap Zone leaves the property, Lapham said.

The entire project is expected to cost more than $5 million, he said.

Keegan Jacko, who got his start singing at Lansing bar, signs record deal

Zap Zone’s ownership aims to “structure a short-term lease agreement that will allow them to stay where they are for a short time after they sell the building until their new facility is set up across the street,” Rosberg said.

The business is “under contract right now” to take the Lansing Mall space, he said, although the agreement hasn’t been finalized.

The move will allow for an expansion of what Zap Zone currently offers at its Delta Township location, one of nine sites it operates in Michigan, Rosberg said

“In order to offer go-karting and escape rooms, and laser tag and all the activities that they do they required a bigger footprint,” he said.

“I think they would be targeting a late fall, early winter open date,” Rosberg said.