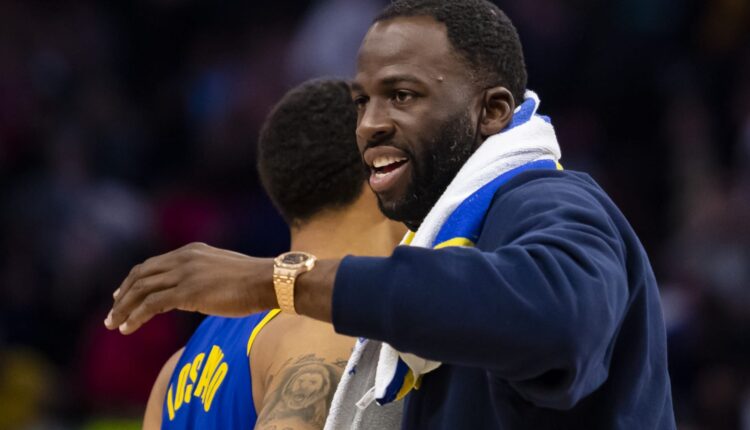 Would Draymond Green even be a fit on the Detroit Pistons?

The Detroit Pistons have one of the youngest rosters in the NBA, so it could be a couple more seasons before they are truly ready to compete.

That would be the perfect time to add an impact veteran and there has been recent speculation (by NBC Sports among others) that Draymond Green could be the guy.

When I first heard this, I figured this “Draymond to Detroit” talk was probably just his agent trying to create some leverage with the Golden State Warriors, as Green is looking for another max contract before his career is over an it would be smart to give the appearance of a bidding war for his services.

Green is from Michigan and grew up cheering for the Detroit Pistons, so it makes some amount of sense that he might want to finish his career in front of his hometown fans, especially since the Pistons are a team on the rise in the Eastern Conference.

Draymond has a player option for 2023-24 for $27 million and could opt out if the Warriors don’t want to extend him beyond that, as he can probably get one more big deal before his career is over, and the Warriors would have to go DEEP into the luxury tax to keep him.

The Detroit Pistons will likely have the cap space to make a move for Draymond Green, but is he even a fit with the group they have?

Let’s start with he obvious, which is the fact that Draymond Green is already 32-years-old and played only 46 games last season, though he did manage to make his 4th All-Star team.

Green has never relied heavily on elite athleticism to make an impact, so has the type of game that should age gracefully, but will be pushing 34-years-old by the time the Pistons could sign him and is already having difficulty staying on the floor .

From a timeline perspective, he’s not a great fit, as the Detroit Pistons are building their team around guys who are currently in their early 20’s.

But even if you look beyond age, there are still some problems, as Green wants another max deal, and giving the max to players who are in decline and on the wrong side of 30 has rarely proven to be a recipe for success unless that player is a superstar.

Green is an All-Star, but not the type of guy you go all-in for at age 34 unless you think he is the final piece to a title. The Detroit Pistons aren’t there yet, so signing Green to a max deal seems foolish, especially when it could potentially hamper their ability to extend the young guys who will all be coming off their rookie deals around the time Green’s new deal kicked in.

But from a strictly basketball perspective, I love Green’s fit with the Detroit Pistons. He has the type of versatile game that could fit with almost any roster, and Detroit currently lacks a real power forward.

Green’s elite playmaking and ability to defend multiple spots could help unlock the games of guys like Cade Cunningham, Saddiq Bey and Isaiah Stewart just as it has for his teammates on the Warriors.

He’s also a champion whose experience would undoubtedly benefit the Pistons, as they currently lack that type of gravitas and championship pedigree from a veteran player.

If Draymond Green wanted to come finish his career with the Detroit Pistons, I’d be all for it if he were on a value contract, but if he really wants a max deal, he’s probably not a great fit.