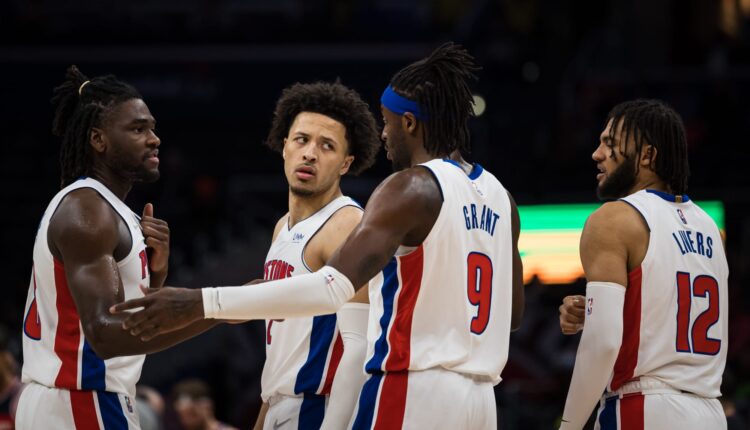 Cade Cunningham and the Detroit Pistons are playing their best basketball of the season, going 6-2 over their last eight games.

Cunningham took over in overtime against the Hawks, scoring seven points in the extra time and controlling the game like a veteran.

This has some fans nervous, as the Pistons are creeping dangerously close to catching Oklahoma City for the league’s 4th-worst record, which would reduce their lottery odds slightly.

The Pistons still have a lot of tough games remaining on their schedule, so the odds are high that they will stay in the bottom three, or at least the bottom four.

But I am already seeing calls for the Pistons to “sit the veterans” in an effort to tank, which I do understand. Part of what makes suffering through another losing season bearable is the chance at a high draft pick, especially in a draft where there seems to be a consensus top-three.

The Detroit Pistons may end up losing enough games to stay in the bottom three anyway, but it won’t because they tanked.

When you have a young team being led by a Rookie of the Year candidate, it’s pretty much impossible to tank.

Cade Cunningham wants the Rookie of the Year award

Cade Cunningham is in the middle of one of the closest Rookie of the Year races in recent years, as there are 3-4 guys who have legitimate cases.

Cunningham is super competitive, thinks he is the best rookie (his coach agrees) and wants to win this award.

He also wants to win games.

Are the Detroit Pistons supposed to tell their franchise player to not play well? To sit out games so the team can lose?

Obviously, that’s not going to happen.

Cade Cunningham wants to keep playing well down the stretch and solidify his case for Rookie of the Year, and that alone will keep them in a lot of games.