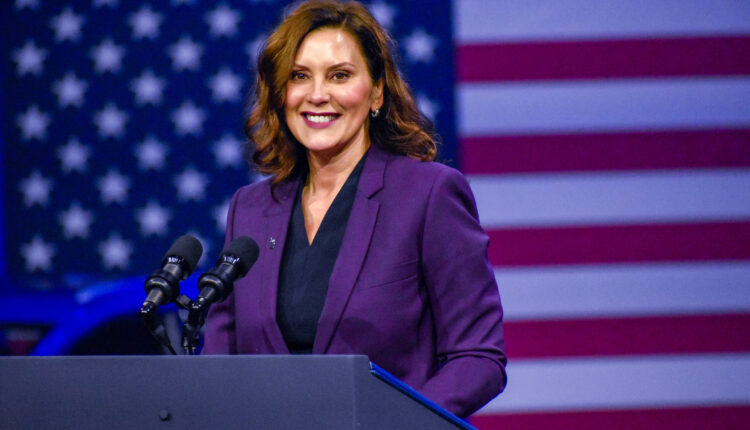 Gov. Gretchen Whitmer signed more than 20 separate bills on Thursday, including House Bills 6129 and 6130, which put her over the top for signing 1,000 pieces of bipartisan legislation.

The bills seek to help more adult learners earn a college degree or skills certificate by amending the bipartisan Michigan Reconnect Act to incentivize colleges to offer credit for prior learning, create a new reporting structure for student success, and make technical improvements.

“Today, I am proud to sign my 1000th bipartisan bill, proving what we can accomplish here in Michigan when we work together,” said Whitmer. “These bipartisan bills will help further reduce barriers for potential Reconnectors and help colleges improve the learning experience for every learner.”

Whitmer says the bills help the state move closer to meet a goal of 60% postsecondary attainment by 2030.

“The governor’s signature on these bills continues a bipartisan focus on postsecondary attainment and success for nontraditional students which will help deliver the skilled workforce our state desperately needs,” said Frederick.

“This legislation shows a continued bipartisan commitment to expanding post-secondary attainment in our state,” said Rep. Sarah Anthony (D-Lansing), who sponsored HB 6130. “I look forward to continuing to work with Governor Whitmer next term to ensure everyone has the opportunity to pursue higher education.”

Also in support was former Lt. Gov. Brian Calley, president and CEO of the Small Business Association of Michigan (SBAM).

“(SBAM) has been a longtime supporter of the Michigan Reconnect program and sees it as a valuable tool that enhances our talent pipeline,” said Calley. “We are confident the accountability measures in this legislation will lead to better outcomes for students and the economy.”

Signed into law by Whitmer, Michigan Reconnect is a bipartisan scholarship that offers Michiganders 25 or older who do not have a college degree the opportunity to earn an associate degree or skills certificate tuition-free at any of Michigan’s public community colleges, including its three tribal colleges.

Other legislation signed Thursday includes Senate Bill 727, which was sponsored by Sen. Dale Zorn (R-Onsted). It extends the Low Income Home Energy Program (LIHEAP) through 2027 in an effort to help working families reduce their energy bills and upgrade their homes this winter and beyond. House Bill 4762, sponsored by Rep. Bronna Kahle (R-Adrian), prohibits discrimination against organ transplant recipients based on physical or mental disabilities.

Other bills will expand recycling, provide additional financial oversight of insurers, maintain outpatient medical services at rural hospitals and allow a district court magistrate to preside over civil infractions under the Michigan Regulation and Taxation of Marihuana Act (MRTMA).

While Thursday’s bill signing brought the total number of bipartisan bills signed by Whitmer to 1,020, she also issued a series of 11 vetoes to 10 House bills and a Senate bill. All but one of the vetoed bills were sponsored by Republicans; Whitmer said they were rushed through a lame duck session and needed closer examination.

Six of the bills sought changes to the state’s retirement system.

“I look forward to working with the new Legislature in January on priorities that will continue our economic momentum, help lower costs, and expand education supports for Michigan students,” Whitmer said. “It is time to be serious about solving problems and getting things done that will make working families’ lives better right now.”