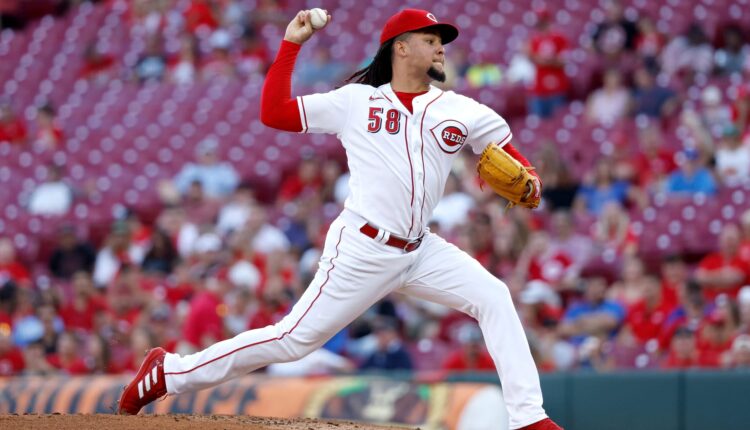 What the Luis Castillo trade means for the Detroit Tigers

How does last night’s blockbuster affect a potential Tarik Skubal deal for the Detroit Tigers?

Late last night, the Cincinnati Reds traded starting pitcher Luis Castillo to the Seattle Mariners in a blockbuster trade that included two top-100 prospects heading back to Cincinnati. Immediately, the question for Detroit Tigers fans became, “how does that affect a potential Tarik Skubal trade?”

The Luis Castillo trade was a true blockbuster, as Seattle got a big-time starter in exchange for a massive haul of prospects. Seattle sent four prospects in total back to the Reds: SS Noelvi Marte (No. 1 Mariners prospect according to MLB Pipeline, No. 18 in baseball, SS Edwin Arroyo (No. 3 Mariners prospect, No. 93 in baseball,) and right -handed pitchers Levi Stoudt and Andrew Moore.

That’s an awfully impressive haul, but it’s not terribly surprising. Castillo has had a great year, posting an ERA of 2.86 with 90 strikeouts in 85 innings of work. The two-time All-Star is just 24 years old and has another year of team control left after this season.

We already knew prices were high, especially with Juan Soto and Shohei Ohtani being on the market. There’s only a handful of GMs that would be willing to pay a price like that, and Seattle’s Jerry Dipoto is certainly one of them.

If this is the going rate for starting pitchers, the Detroit Tigers just might have to take more consideration into trading Tarik Skubal, right? Well, not so almost.

As impressive of a haul that Cincinnati got in return for Castillo, the Tigers will probably (and should) ask for more. Skubal’s price only got higher with this trade.

As mentioned earlier, Castillo has one more year of team control before he comes a free agent. Skubal has four. The Tigers will probably be looking for MLB-ready talent in return for their top starting pitcher.

If you were looking for prospects, Seattle may have just had the most to offer. Teams like the Cardinals, Padres, and Dodgers are still looking for starters, but they have more to offer in terms of MLB-ready talent, and less in terms of prospects, although St. Louis does have a loaded farm system.

It just got a bit harder for teams to acquire Tarik Skubal. Teams were going to have to pony up for him before, but now that we have something to go off of, it’s going to take even more for the Detroit Tigers to let go of their prized lefty.

The Cost of Road Construction | Features