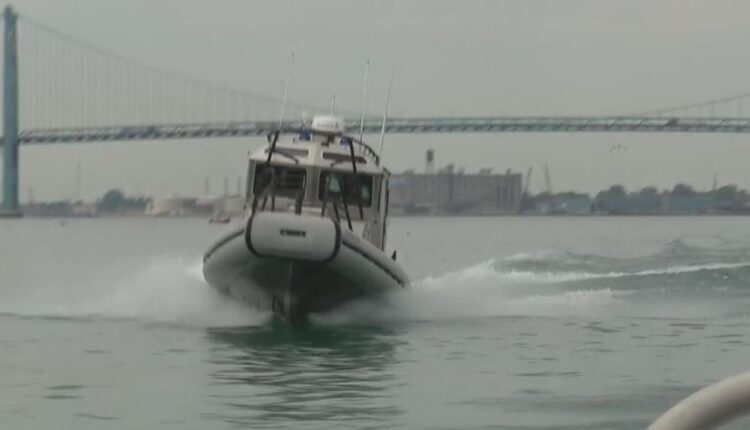 Patrol at Michigan-Canadian border shows the challenges they face

Chief Patrol Agent Robert Danley says his agents on the 800-plus miles of our border with Canada are strategically placed for maximum impact.

DETROIT (FOX 2) – The US Border Patrol’s Detroit Sector has a new man in charge, Chief Patrol Agent Robert Danley. He gave FOX 2 a ride-along look at the challenges they are facing along the Canadian border – and what they are looking for, every day.

“We have 400 agents or so and another 50 or so support personnel within the sector getting after 863 miles,” he said. “We have seen weapons trafficking for sure we’ve seen human trafficking, human smuggling. I’m certain there is narcotics smuggling going on.”

Danley was previously assigned in Del Rio, Texas – a border crossing considered a hot spot for illegal activity. The southwest situation has been pulling agents from the Detroit area.

“We have had a third of our staff assigned down there on a month-to-month basis,” he said.

He says the agents on those 800-plus miles of our border with Canada are strategically placed for maximum impact.

“So there is just this tremendous amount of legitimate activity, that we are all trying to search for a needle in a haystack,” he said. “And we know they are out there.”

You might not think of the Detroit River as a place to enter the US illegally but it happens, especially in the last few years as Canada loosened restrictions on travel from countries like Mexico.

“We did start to see folks start to that would fly into Canada with the intent of crossing illegally into the United States,” Danley said. “We believe because they perceived it would be easier to cross than the Southwest border.”

And these smuggling operations – no matter what they’re trying to bring in, are big moneymakers.

“It’s not just a mom and a pop in a boat trying to come across,” he added. “This is organized and we know we are constantly being monitored.”

Counter surveillance on these agents and densely packed waterways in our boating state, makes it ideal to blend in.

But that’s where US Border Patrol needs your help if you see something out of the ordinary, say something.

“You see boats that are overloaded with people or they are making a direct b-line from one end to the other.

They’re leaning on technology that you can see – like tower cameras – and stuff, you don’t see. The new chief says his nimble crews are ready for whatever this busy boating season has in store.